Building of the Month May 2019: Graylingwell Farmhouse, Chichester, West Sussex 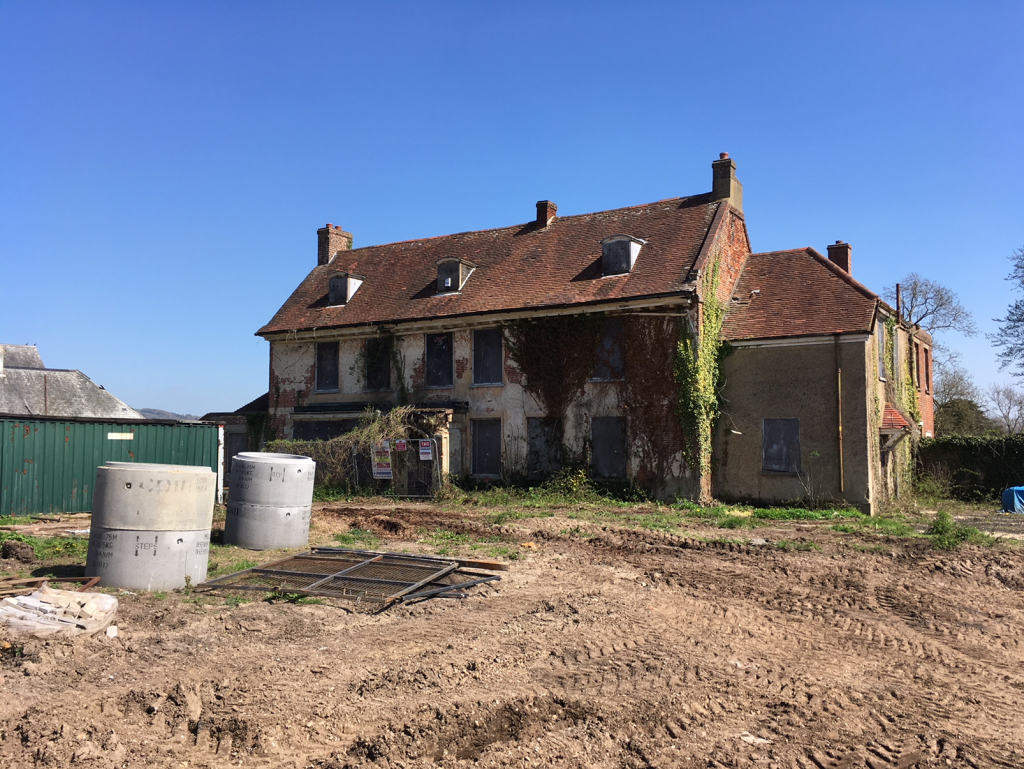 Graylingwell (also known as Summersdale) Farmhouse was built in the early 18th century. The building is constructed of red brick and has two storeys and an attic and a large, modern bay window at the front. There is a large Victorian cross wing to the south and later additions beyond that.

The house became part of the Graylingwell Hospital site which was built in 1897 and was last used as an administrative office in the 1990s. The hospital itself closed and the grounds were split up into units for a carbon neutral housing development which was begun in 2010.  We recorded this in our Buildings at Risk register and were optimistic that it the farmhouse’s restoration would follow.  However, no work to restore the house has been started.

The house is now deteriorating quickly, with no apparent provision made to prevent water ingress.  This is causing damage to the fabric of the building and could accelerate if nothing is done. This state of dereliction is detracting significantly from the good, environmental credentials of the adjoining new development.