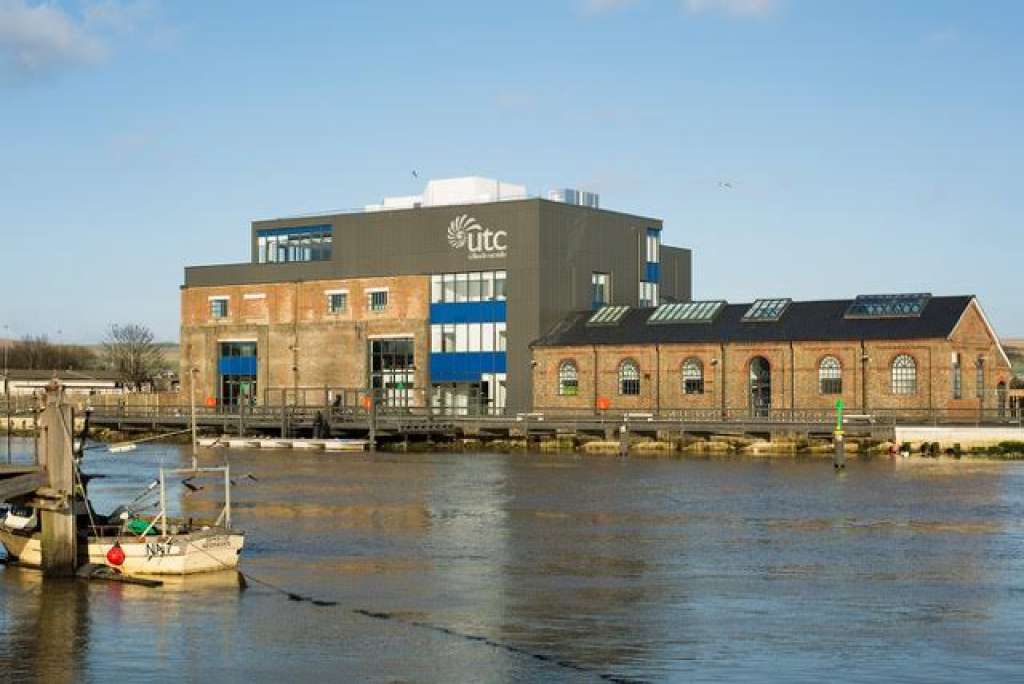 The Carpenter's Shop is situated along the same strip of quay as the Marine Workshops. It was built around 1885 as the Carpenter's shop, and was subsequently subdivided to include the paint store.The one-storey building is built in yellow brick with recessed panels and red-brick details, with lunettes set within the pediments at either end.

In our original write-up we observed that their spaces were extremely adaptable and that any number of uses could be envisaged.

By 2012, the Council was considering planning and listed building applications for the Railway Quay area.  These encompassed the erection of a superstore, cafe, filling station & associated parking, a transport interchange and the restoration of some of the listed buildings for restaurants, cafes, shops & tourist facilities, as well as a new riverside boardwalk, the refurbishment of the customs sheds and the creation of access roads.  An application was also been submitted for Listed Building Consent for the demolition of the locomotive shed and the store and the office infill buildings which abut the Marine Workshop.

In 2013, a plan was put forward to house the technical college in Carpenter's and Marine warehouses.  Work was completed by 2015.