SAVE condemns imminent demolition of Futurist as 'civic vandalism' 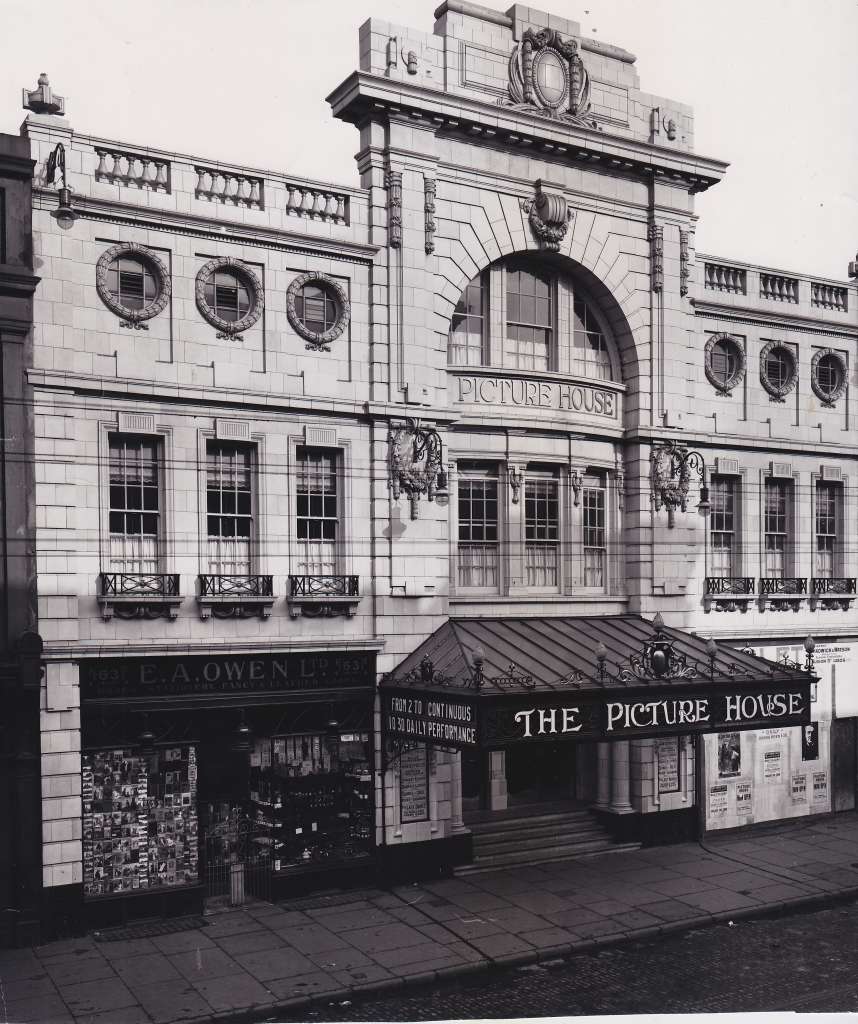 SAVE condemns imminent demolition of Futurist as 'civic vandalism'

SAVE Britain's Heritage laments the hurried destruction of a fine piece of early cinema architecture, one of the grandest frontages of its kind to survive in England. In the annals of architectural history, this demolition is an arch piece of civic vandalism.

The imminent demolition works following the Court of Appeal decision are in our view a pre-emptive strike designed to prevent any further challenge.
The flanking historic terrace had a varied character typical of many English towns and cities, with lively commercial frontages and Georgian buildings dating back to 1780 which almost anywhere else in England would be retained. A slice of history is being completely truncated leaving two bookends with a wholly unsympathetic replacement.

These buildings on Lime Street in the buffer zone of the World Heritage Site are seen by everybody on their way to and from the station.  Liverpool continues to be at risk of losing its World Heritage status – and UNESCO has flagged concern about other large scale, high rise development in the buffer zone. That makes major demolition and development on the street a subject of national and international concern, and SAVE makes no apology for our involvement.

As a small organisation with very limited funds we do not take decisions to go to court lightly. This case has national and international significance, given Liverpool’s World Heritage status, and in a city with such a rich architectural heritage we were determined to make sure that the decision making process about such an important gateway site was robustly scrutinised. We pressed ahead with the Court of Appeal on the strength our own legal advice, and the indication from the Court that our case ‘had a very real chance of success’.

In granting us permission to appeal in May 2016, Judge Lord Justice Lindblom said “I accept that the appeal has a real prospect of success, and in any event that the matters raised on the interpretation and application of the guidance in paragraph 18A-036 of the Planning Practice Guidance are important enough to afford a compelling reason for the appeal to be heard'.

The basis of our challenge was the consultation notification process to the World Heritage Committee of a major demolition and re-development scheme in the buffer zone.  Saving the 1912 Futurist frontage was a central plank of our campaign. It is arguably the most architecturally significant facade in that block and there was considerable public support to save it.

SAVE was seeking a revised proposal which amongst other things would allow the group of frontages along Lime Street between the two magnificent pubs to be retained and restored alongside new development. Various on-line polls since last year showed that there is an overwhelming public desire to see these frontages retained.

We were supported in our campaign by Merseyside Civic Society, the Cinema Theatres Association and the Victorian Society, as well as over 4,000 people who signed a petition calling for the buildings to be saved. We were also supported by Professor John Belchem, the Pro Vice-Chancellor of Liverpool University, Paula Ridley CBE, former chairman of Civic Voice and former chair of the V&A Museum, British screenwriter Frank Cottrell-Boyce, writer of the 2012 Olympics opening ceremony, and Liverpool born former Sex in the City star Kim Cattrall.

We argued throughout that the façade of the Futurist could be saved and demolition was not necessary.  We paid for our own structural report to investigate the possibility of retaining the façade carried out by leading conservation engineer Edward Morton. It showed how the façade needed only a minimal amount of stabilisation to make it safe without requiring expensive road closures. The Council ignored this advice and shut Lime Street to traffic for weeks.

In the end, far from being in a poor structural condition, an expert independent engineer‘s report, jointly funded by SAVE and the Council, found the façade of the former cinema on Lime Street to be structurally stable and the road was reopened immediately.  There is no reason why the façade of this grand building could not have been incorporated into the new development.

In our view the proposals on offer at Lime Street are monolithic, repetitive, and oversized. The existing buildings on the front site have been left to rot unnecessarily – but with maintenance and repair the frontages could be brought back to use as and provide a revitalised, appropriate setting to the World Heritage site and the listed Victorian pubs at either end of the street.  We showed through our alternative scheme how this could happen. We commissioned an architect's scheme to show how hotel, student accommodation and shops – as proposed by the developers wishing to clear the site – could work on the site.  SAVE has done this many times before with success, as illustrated in our recently published book ‘Big Saves’.

We continue to believe the site has ample scope for new buildings at the rear without destroying the varied historic frontage, which includes the Futurist, Liverpool’s oldest cinema. With goodwill, a better solution could have been achieved, which successfully balanced both the respect for Liverpool’s world renowned heritage and the need for new development.

We salute the Council’s efforts to revitalise many of the historic buildings in Liverpool – and we have given Liverpool credit for this throughout our Lime Street campaign. We note Joe Anderson draws attention to particular buildings that have been saved and brought back into viable use: the Royal Insurance Building and Stanley Dock. SAVE welcomes this - these buildings were highlighted by SAVE back in 2009 as significant buildings under threat in our survey of Liverpool: ‘Triumph, Disaster and Decay’. Liverpool City Council knows well through experience that heritage-led regeneration can bring jobs, a boost to the local economy as well as maintaining and enhancing local character.

SAVE has had a long and positive history of involvement in Liverpool’s heritage stretching back 40 years. We have campaigned to save and reuse landmarks that were once under threat, such as the Albert Dock, St Francis Xavier’s church, the Lyceum, and more recently the Littlewoods Building, Granby and the Welsh Streets. We have invested in buying, renovating and reoccupying the last inhabited house in Madryn Street, and produced four publications on the city’s splendid architectural heritage.

In 2009 we staged an exhibition at the RIBA Gallery showcasing the city, and will continue to support Liverpool’s buildings at risk, working with Liverpool’s City Council where possible, but challenging them robustly where necessary