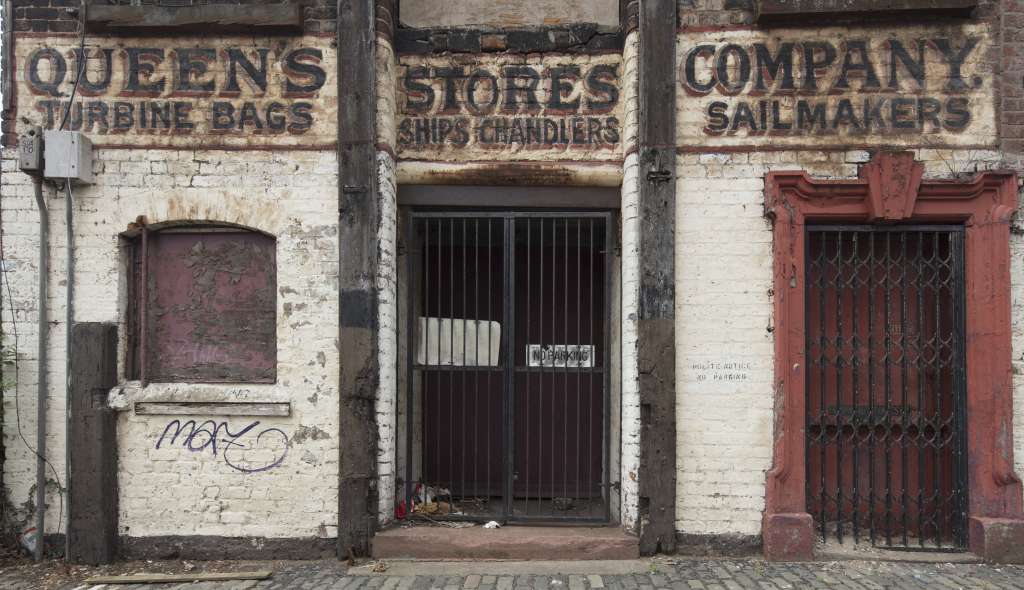 This historic grade II (LEN: 1466623) listed building in the Baltic Triangle area of the city has been abandoned and decaying for several decades now, in a formerly industrial area where there has been a recent development and conversion. Designed by William Culshaw and built circa 1857, the building was used as a warehouse by the Queen Stores Company to produce ship equipment such as sails and life jackets until its closure in the 1980s. The company are recorded in 1919 as suppliers for the Cunard and White Star Lines.

The façade of the 4-storey building is easily noticed by its surviving 20th-century painted “ghost sign”, and its entrance door’s sandstone surround topped by a triple keystone. Interior images show that the warehouse is still full of disused machinery, paperwork as well as workers’ personal items left in place. Despite visible ageing, the building has done very well to resist any major decay to its exterior including its slate roof.

The surrounding area has seen the conversion of similar buildings to more contemporary recreational uses, including the adjacent building becoming a brewery and taproom. This bodes well for the future use of the Queen’s Stores Warehouse, with potential uses varying from accommodation to a museum which could be used to showcase the area's links to Britain’s maritime history.