Building of the Month, September 2018: The Bilston School of Art, Wolverhampton 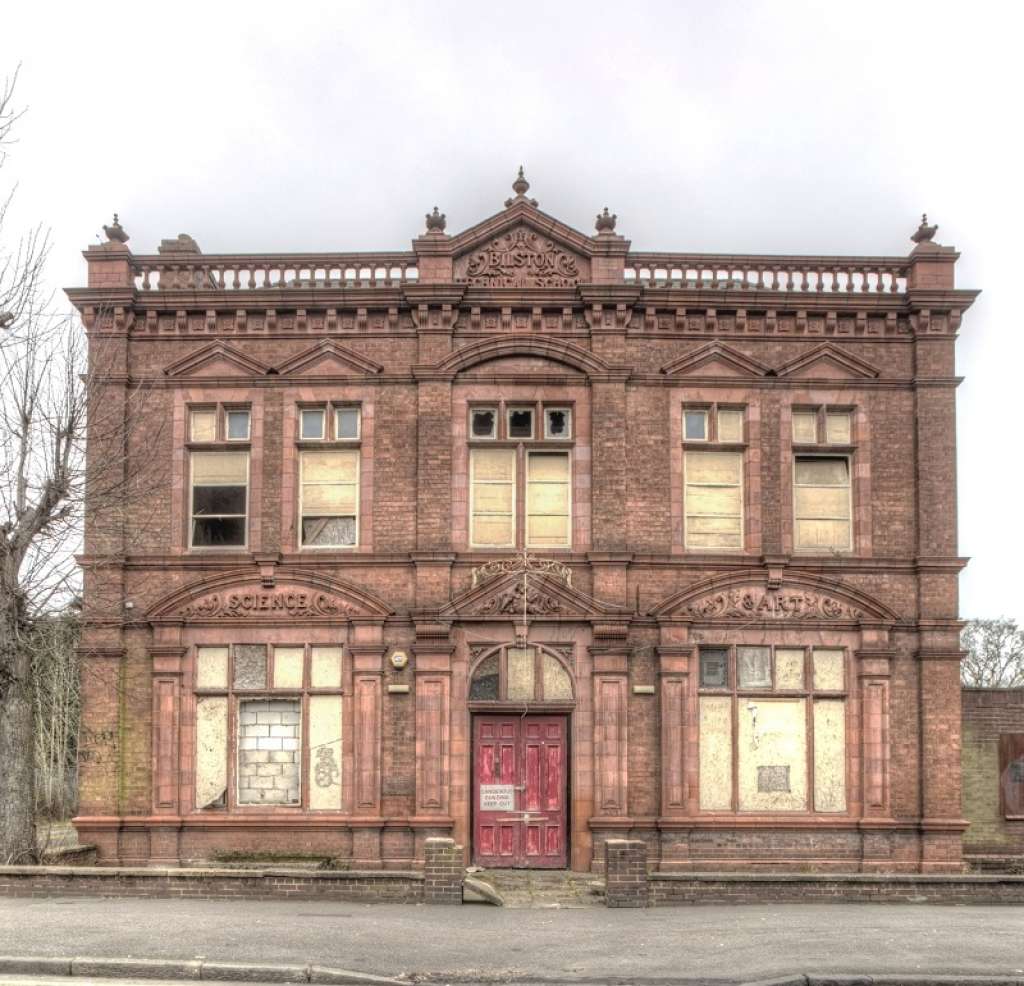 The school is in a poor condition (image: Eveleigh Photography)

The Bilston School of Art, Wolverhampton

The Bilston School of Art has long served Wolverhampton as a place of education and improvement. Situated in the Mount Pleasant area of Wolverhampton, it was built to commemorate the Diamond Jubilee of Queen Victoria in 1897. The building was designed by Captain Wilson, the Town Engineer. It is an extremely satisfying composition of classical elements and decorative features to create a frontage with qualities more consistent with a fine country house. Local red brick is used with terracotta detailing, including figurative roundels designed by Perceival Ball of the Lambeth School of Art.

The building has been in continual educational use since it opened.  In 1948 the school was divided in to two parts, the School of Art and the Technical School.  New buildings were opened the same year including two classrooms and a combined  hall and gymnasium. In 1949 the school became Bilston College of Further Education, Staffordshire's first County College and in 1970 the school became an annex to the newly built College of Further Education at Westfield Road. It has now been empty for some years and has been slowly decaying ever since.

It is located on a wide road in a Conservation Area lined with many interesting Georgian and Victorian buildings. Nearby are other civic buildings including the Town Hall and library. There are pleasant town houses and terraces which together represent the development of Bilston’s civic identity as a prosperous town in the mid 19th to early 20th Century. A number of buildings from this era have been converted to new uses. The old tram shed is a Sikh temple and the wonderfully ornate former drill hall is a popular live music venue. It is very much to be hoped that the Bilston School of Art can be found a similarly successful new role.