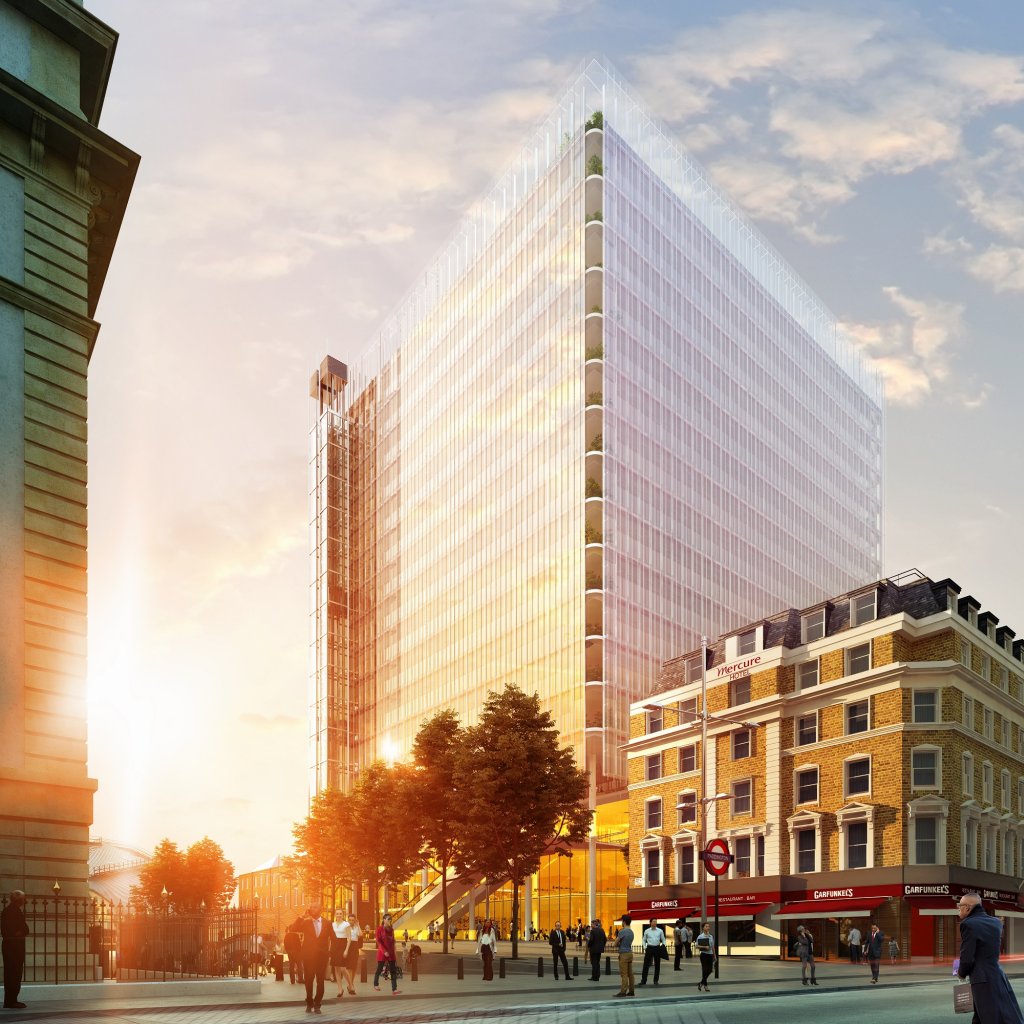 The High Court has granted permission to SAVE Britain's Heritage to challenge the Secretary of State for Communities and Local Government over his refusal to call in the Paddington Cube proposals for public inquiry.

SAVE is challenging the Secretary of State's failure to give reasons for not calling in the application, and in an oral hearing at the High Court today, Judge Sir Ross Cranston gave permission for this challenge to proceed. A judicial review is now expected to be heard in the High Court within the next three months.

Henrietta Billings, Director of SAVE Britain's Heritage said: “This challenge has potentially wide reaching implications - it goes to the heart of transparent and accountable government decision making. Ministerial decisions must stand up to robust scrutiny - the duty of government to give reasons for decisions is relevant to anyone involved with the planning system. We are pleased that this challenge will now proceed”.

Marcus Binney, Executive President of SAVE Britain's Heritage said: “SAVE is deeply concerned at the way Westminster Council brushed aside its own conservation policy to allow this grossly overscaled building in a conservation area and next to one of London's great Victorian masterpieces.  We hope this will open the way to a proper thorough reconsideration of this contentious application”.

SAVE, the Victorian Society and the Imperial College NHS Trust which operates St Mary's Paddington each asked the Secretary of State to call in the application. Secretary of State for Communities and Local Government Sajid Javid turned down those requests in March 2017, and did not give any reasons for his decision. The Judicial Review is challenging his failure to give reasons for his decision.

SAVE considers that the massive scale of the proposed square office tower would be a blot on the capital, substantially imposing itself over its immediate neighbours and entirely alien to its surroundings - a Conservation Area defined by handsome stucco terraces and Georgian and Victorian buildings of up to six storeys. This proposal sets a dangerous precedent, and sends out the message that Westminster is abandoning once exemplary conservation and design policies.

1. The proposed 'Paddington Cube' is a 19-storey, 54m-office tower proposal, adjacent to the Grade I listed Paddington Station and within the Bayswater Conservation Area. Its construction would require the demolition of a handsome former Royal Mail sorting office, a noted building of merit within the Conservation Area.

2. In December 2016, Westminster City Council’s Planning Committee granted planning permission for the Paddington Cube, despite the unanimous acknowledgment that the plans would cause harm to the Conservation Area. Strong objections were submitted from SAVE, Historic England, The Victorian Society, and local residents, which were ignored. Historic England described the proposal as being, ‘fundamentally at odds with the prevailing character of...the conservation area’, and considered it would have a, 'major harmful impact'.

3. Further concerns were raised by the Imperial College NHS Trust which operates St Mary's Hospital Paddington, due to the proposal’s impact on blue light emergency access routes for ambulances. SAVE understands that the NHS Trust continues to have concerns.

4. The former Royal Mail sorting office, built in 1907, has a major presence beside Brunel's great Grade I listed station, with handsome Edwardian Baroque detailing, and makes a positive contribution to the Conservation Area. Demolition would cause substantial harm to the Bayswater Conservation Area and the setting of surrounding listed buildings.