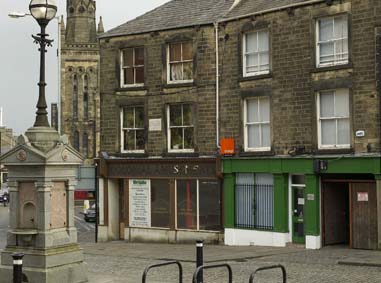 A Public Inquiry to decide the fate of a historic district close to the heart of Lancaster began on Tuesday 16 June, with SAVE, English Heritage and local group It’s our City making opening statements outlining the case against the proposals. The application, for a retail-led scheme involving the demolition of some 30 buildings, 18 within conservation areas, was called-in by the Secretary of State earlier this year.

Since then, in an unprecedented move, the developer and applicant, Centros, has pulled out of the Inquiry, leaving the council to argue the merits of the application alone. SAVE is being represented at the Inquiry by Andrew Deakin and will be calling three witnesses, the organisation’s Secretary William Palin and architects Ptolemy Dean and Richard Griffiths. Richard Griffiths will be discussing an alternative conservation-led blueprint for the application site (known as the Canal Corridor North) which he has produced as part of SAVE’s evidence.

The Inquiry is due to last for three weeks after which the independent Inspector will produce his report for the Secretary of State.

A tour led by Howard Smith with experts Dr Judith LeGrove and Henrietta Billings, to see the 1955 ‘Oldham Mural’, at the Church of the Holy Rosary, Oldham.  We will also visit two further churches on post-war estates in Greater Manchester to reveal unexpected masterpieces.