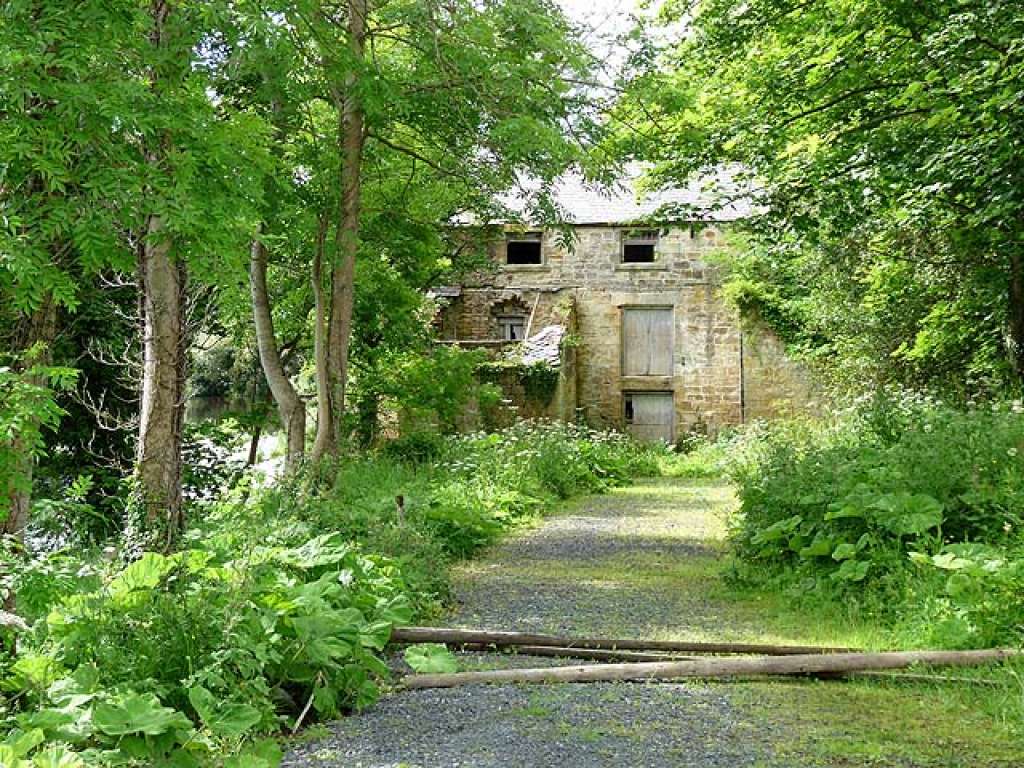 Tucked away at the bottom of a wooded valley, this late Georgian grade II listed corn mill sits on the banks of the River Coquet as it weaves through the countryside, seven miles from Alnwick. There has been a mill on site since at least the mid-16th century. Guyzance is a charming priory hamlet established in the 12th century with a small collection of cottages standing at the top of the valley. It has a distinctive and sequestered atmosphere.

Originally built in 1830 by the Duke of Northumberland, the mill is a solid construction and has survived with minimal apparent intervention for decades. It stands three storeys high and is built from coursed rubble with cut and tooled quoins and dressings.  It has an under-shot water wheel, a kiln and wheel house. There were three grinding stones on the first floor and the sacks of corn were stored on the second floor, transported via a water powered elevator. Louvre windows and a slate roof provided ventilation to prevent the grain rotting before it was ground to flour.

The mill closed in 1939 and has stood in a broadly sound but gradually decaying condition for a long while. There are holes in the roof and the building needs urgent attention and a long term rescue solution but it has been on our register for over 10 years.