Falling in Love Again? Call for Entries for the Buildings at Risk Catalogue 2016-2017 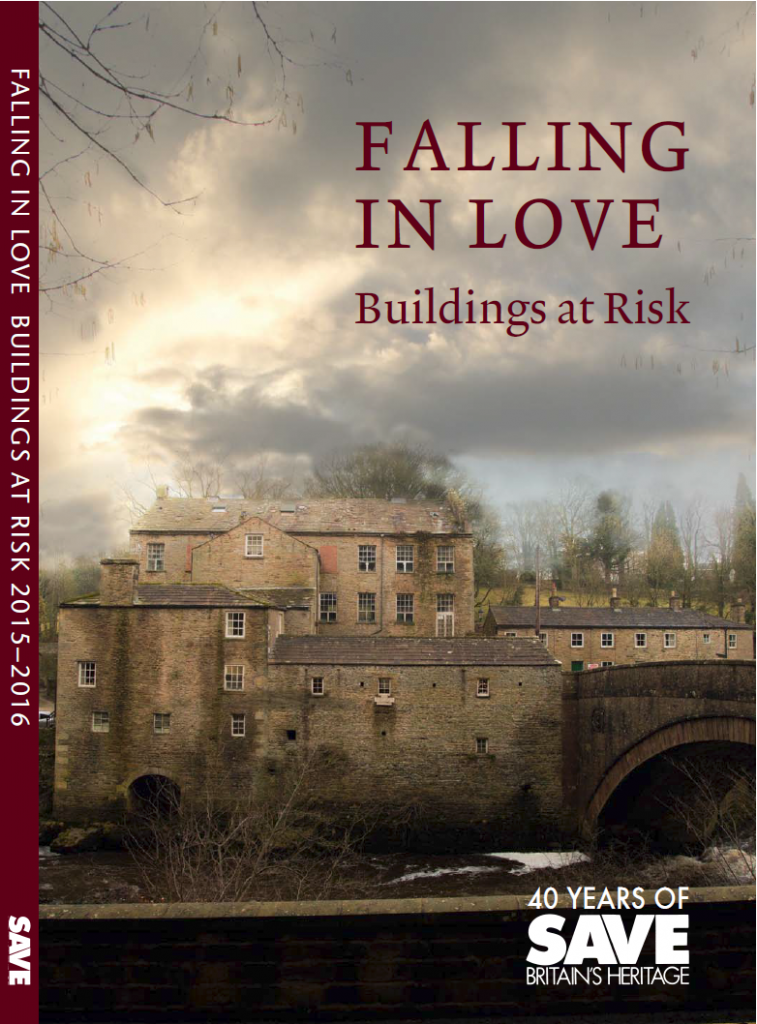 In June 2015 we published our 2015/16 Buildings at Risk Catalogue Falling in Love.  We are now calling for entries for next year's catalogue.

SAVE is looking for Grade II or unlisted vacant buildings of historical or architectural note which are at risk from dereliction/decay/vandalism, and in need of new owners or uses (they don't necessarily need to be for sale).  We also want to hear about Grade I and II* listed buildings at risk which are vacant and for sale. Our register covers England, Scotland, Wales, and Northern Ireland.

Please send details of potential entries together with a high-resolution picture - we cannot feature a building without a picture - to Liz Fuller, Buildings at Risk Officer on volunteer@savebritainsheritage.org.

Copies of "Falling in Love" are still available to purchase through our website or over the phone, priced at £15, or £13 for SAVE Friends and Saviours (+£2.50 p&p).