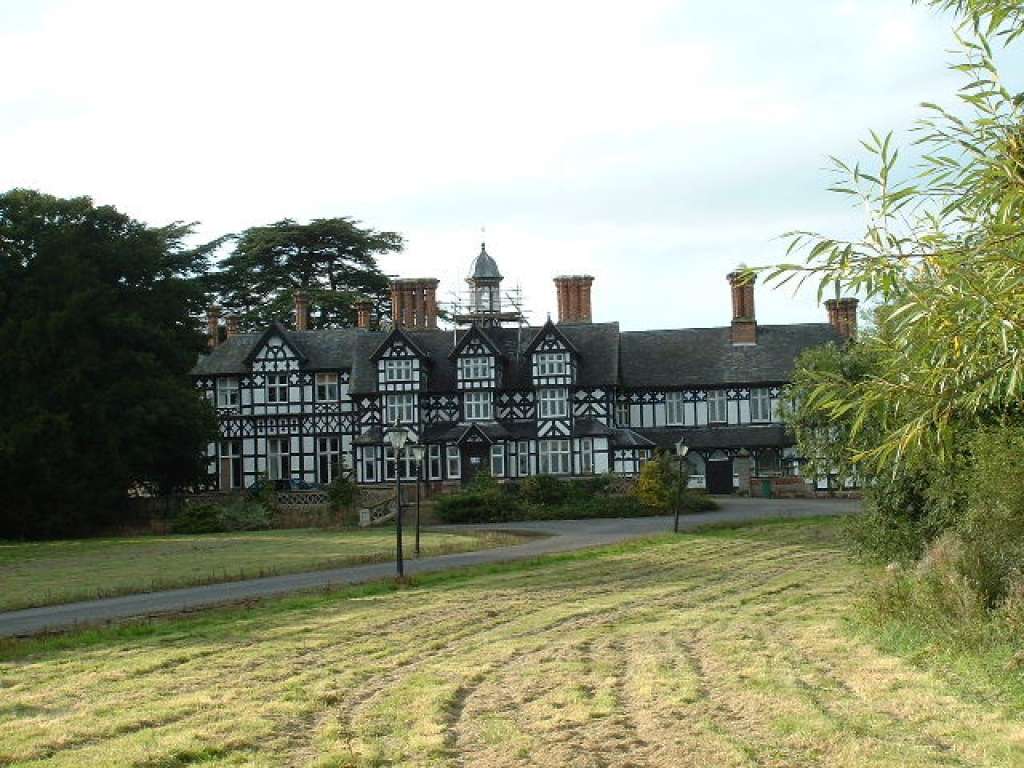 Seighford Hall was added to SAVE Britain's Heritage's Buildings at Risk register on 4th June 2020 and is due to be auctioned on 23rd June 2020 with a guide price of £275,000.  Click here for more information.

Seighford Hall, a stunning grade II listed building standing in over 15 acres of landscaped grounds, has been empty for many years and is in a deteriorating condition. The building originated in the late 16th or early 17th century as a small gentry house of two storeys and attics of timber framed construction.  The high social status of the original building was indicated in its double pile plan form, distinctive small panel timber framing with cusped bracing and central roof lantern and cupola, much of which survives despite later alterations.  The house was extended in brick to the west in the later 18th century to provide grander domestic accommodation; and to the east in several phases during the 19th century to provide recreational and service rooms.

The interior was also extensively remodelled in this period in a simplified mid Victorian baroque style. Towards the end of the 19th century false timber framing was applied over the whole exterior (including the original house) giving the premises their distinctive mock-Tudor appearance.  The hall sits in a small landscape park, dominated by the centrally placed walled kitchen garden: the original lake remains together with traces of formal walks and paths.

The property has lain disused for over 20 years since closure of its last nursing home use.  Planning permission and listed building consent have been granted for various schemes of extension or adaptation over this period but none have been implemented and all approvals have now lapsed.  The building is now in a seriously neglected and dilapidated condition.  Seighford Hall is therefore at extreme risk.

A planning application was submitted in June 2019 to retain and refurbish the original wing, demolish and rebuild the later wings together with erection of 12 new dwellings in the walled garden as enabling development under planning and listed building consent references 19/31074/FUL & 19/31075/LBC. The council’s Conservation Advisor strongly objected to the scheme, the case officer put forward a recommendation for refusal and the applications were subsequently withdrawn by the applicant.