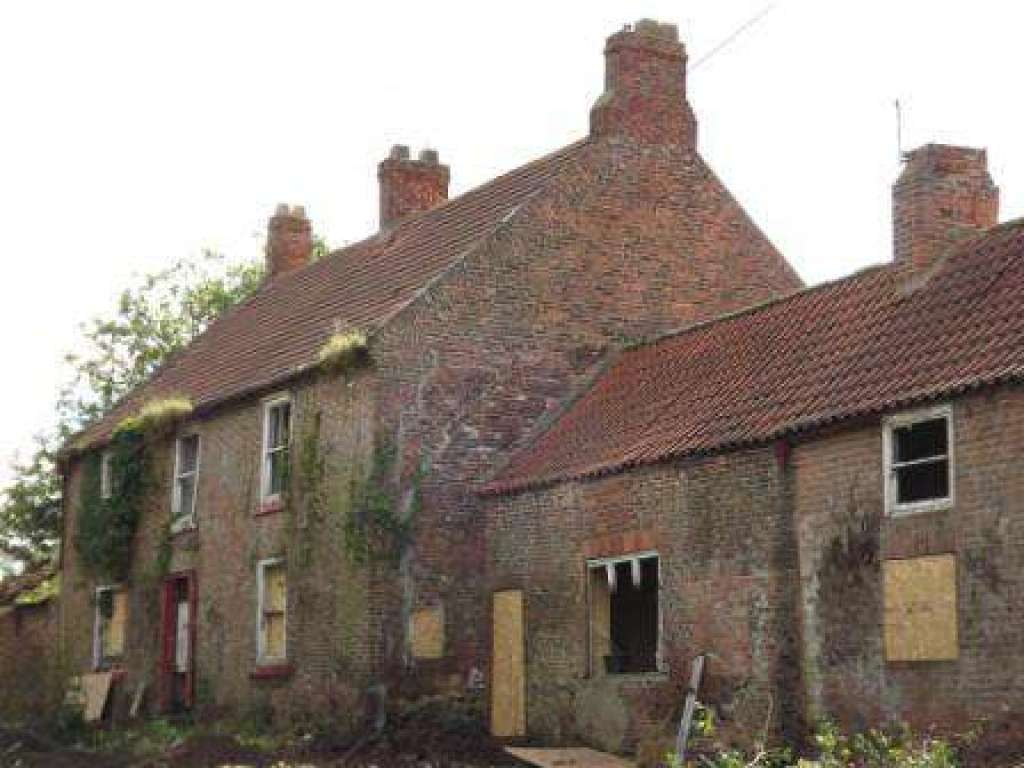 This collection of Grade II and curtilege listed farm buildings has been vacant and decaying for some years. They have been on our register since 2015 and are also on Darlington Borough Council's buildings at risk list.  The buildings, including the main farmhouse, are in a very dilapidated state and are not weathertight or secure. They are located in a rural situation facing onto a dual carriageway (the A66), though we understand that the buildings are screened by mature planting and the road is elevated above the level of the buildings.

The buildings have been put on the market for £500,000.  Although no planning permission or listed building consent has yet been obtained, extensive work has been done by the current owners to establish a possible residential scheme.