SAVE HAS WON AN OVERWHELMING AND RESOUNDING VICTORY IN THE BATTLE TO SAVE SMITHFIELD GENERAL MARKET AND THE NEARBY FISH MARKET, BOTH SPLENDID EXAMPLES OF VICTORIAN MARKET HALLS.

Following a public inquiry both the Inspector and the Secretary of State have rejected proposals by Henderson Global Investors which would have gutted almost all of the market interiors which SAVE considers to be the most important feature of the building.

In his decision letter the Secretary of State said that he considers “the Western Market Buildings are an integral part of the group of market buildings that is a key characteristic of the Smithfield Conservation Area.” He goes on to say that, “it is important that they are repaired and put into a beneficial use.”

Like the Inspector he finds that the Henderson Global Investors’ proposals to demolish important parts of the buildings are “to the great detriment of the surrounding area” and “wholly unacceptable.”

He also states the Henderson proposals “would not be consistent with policies intended to protect the historic environment from harmful development.” He concludes overall “that the extent of damage the application would cause to the important heritage asset of Smithfield runs entirely counter to national and policy objectives intended to protect such assets from harm.” He adds that the proposal “would not represent sustainable development.”

The Inspector in his report gives “great importance and weight to the substantial harm the proposed development would cause to the significance of the conservation area,” including “substantial harm to the market buildings themselves.”

He concludes that on balance “the public benefits of the scheme would not be anything like substantial enough to provide a clear and convincing justification for the extensive harm it would cause to Smithfield’s historic environment.”

The inspector also considered that the SAVE/Victorian Society funding proposals “are sufficiently convincing to indicate that such a regeneration scheme would be possible, viable, and deliverable.” The Henderson scheme therefore he says “would not be the only viable scheme.”

He continues the SAVE/Victorian Society scheme could “secure a long term future for the buildings through economically sustainable uses, provide public access to all parts of the buildings through their original gates, and provide a mix of small scale uses that would maintain the diversity and character of the conservation area.” In light of the SAVE alternative the Inspector concludes the Henderson scheme would not represent the “optimum viable use for the buildings.”

SAVE has led the campaign to save the General Market and Fish Market for over ten years and published its first report – Don’t Butcher Smithfield – in 2004. SAVE won the 2007-8 public inquiry into a proposal for total demolition and has continued to oppose the more recent Henderson proposals to preserve some of the frontages but gut the interiors.

SAVE believes that Smithfield Market can be regenerated on the lines of other highly successful restored and adapted historic markets such as Borough, Spitalfields and Greenwich. SAVE’s proposals were developed with Eric Reynolds of Urban Space Management, London’s most successful market promoter, whose energies lie behind these successful ventures.  The SAVE scheme has also attracted strong interest and support from Cathedral Group who are potential investors in the scheme.

John Burrell’s visionary drawings first revealed the full splendour and scale of the lofty domed and vaulted market halls, also revealing the vast extent of the basements which run not only under the buildings but the streets between and around. They show how the market halls could be attractive public spaces naturally lit, with abundant sunlight, making use of the original ventilation system to keep the building cool in summer. They also revealed the engineering importance of the original iron structure with tall patent phoenix columns creating exceptionally large spans with columns of a much greater height than the typical Victorian cast iron column, which was never more than one storey high.

SAVE’s costs in fighting the inquiry have amounted to over £40,000. More than £25,000 has been raised from supporters and well wishers, but the fundraising continues.

Marcus Binney, SAVE Executive President said: “Our energies will now focus on implementing a scheme on the lines proposed. Such a scheme could be undertaken by Henderson, or by a group such as Cathedral, working with Urban Space Management. To leave the buildings to rot, as Hendersons suggested they would do if they did not win the inquiry, will be an outrage and an insult to London. We very much hope that the senior directors of Henderson will take a fresh look at the possibilities with a view to securing rapid investment, repair, reuse and reopening of these historic markets.”

David cooper SAVE’s solicitor said: “This is an overwhelming victory for common sense. The decision follows SAVE’s argument to the letter. It places importance and significance of the Smithfield General Market interiors in their correct context and accepts SAVE’s argument that the right way of dealing with the neglected buildings is to conserve the existing fabric. The Inspector and the Secretary of State confirm that SAVE’s proposals are both deliverable and viable. We wait to see what becomes of Henderson Global Investors’ threats to let the buildings continue to decay if the decision went against them.”

Clem Cecil, SAVE Director said: “SAVE launched the campaign for the General Market buildings ten years ago with our report ‘Don’t Butcher Smithfield’. This is the second public inquiry we have won. The decision is all the more important as both the Secretary of State and the Inspector accept the high importance of the market buildings and their interiors. They agree that the SAVE proposals are viable. They describe the heritage assets as irreplaceable. They also conclude that the harm done by the Henderson proposals is so substantial that any benefits do not outweigh the damage done.”

Mike Fox, SAVE Caseworker said: “We are utterly delighted that the both the Secretary of State and the Inspector at the inquiry have recognised the value of Smithfield General Market, Fish Market, and Annex buildings, and rejected the planning application by Henderson Global Investors. That the inspector’s report does so in such clear terms, recognising all the arguments presented by SAVE, is an even greater delight. This is a great victory for heritage and conservation, and certainly one of SAVE’s greatest saves to date, of which there have been a great many! We look forward to seeing a true conservation led scheme brought forward, befitting of these splendid buildings at the heart of this thriving area.” 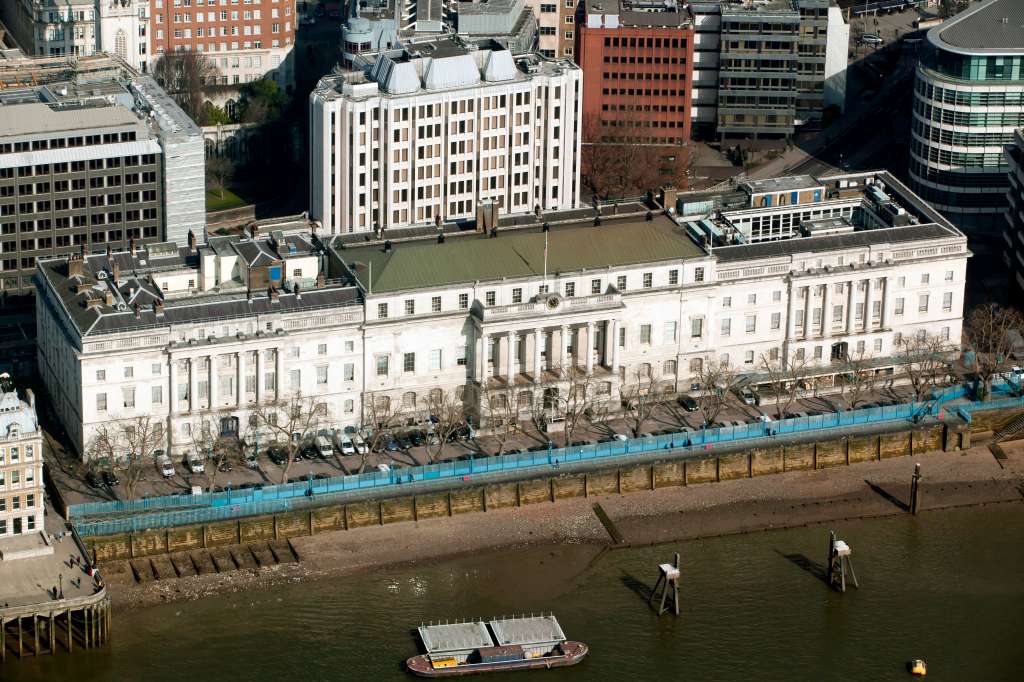 SAVE Britain’s Heritage welcomes the recommendation by City of London planners to refuse plans to convert the Custom House and quayside to an exclusive hotel complex. 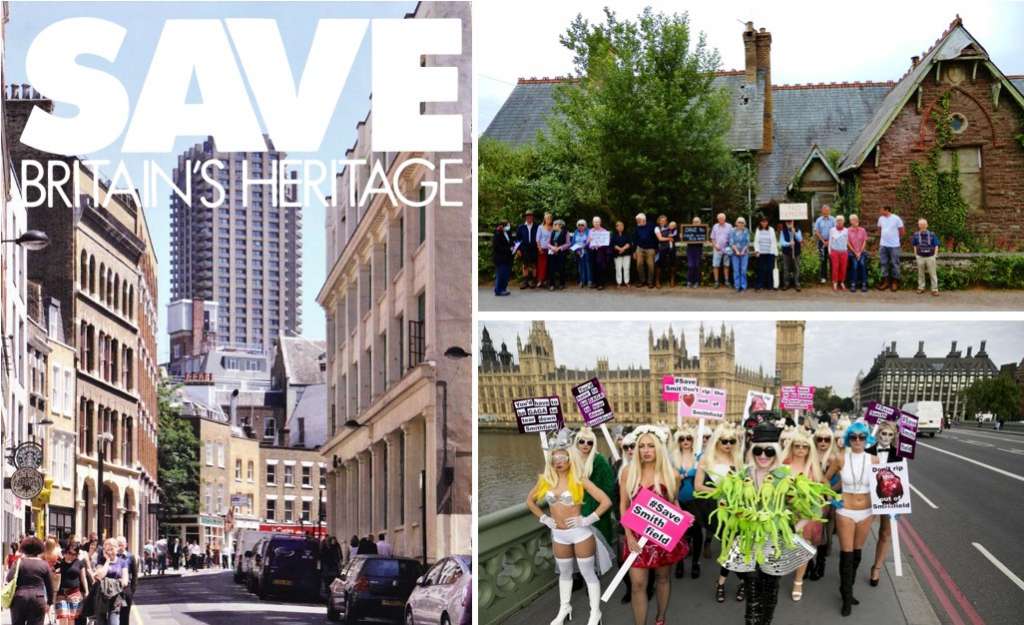 SAVE is hiring! - we are looking for an Engagement and Events Manager

We are seeking a qualified professional for the role of Engagement and Events Manager to join us and contribute towards our mission: to campaign for threatened historic buildings and places across the UK. 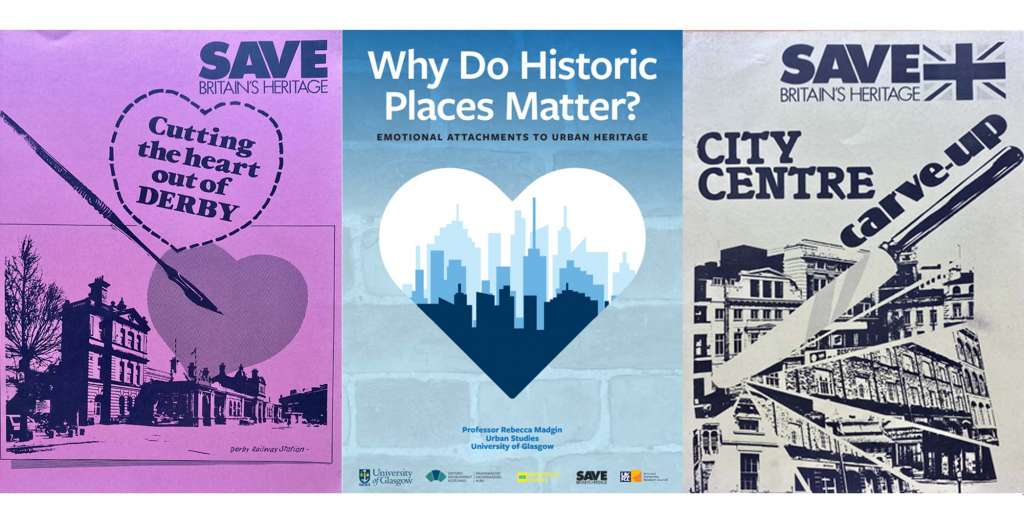 Why do Historic Places Matter?

Saviours Online Event – The inside track on SAVE’s current campaigns