Zombies Roam Our Cities, Mr Pickles. Here's How You Skewer Them 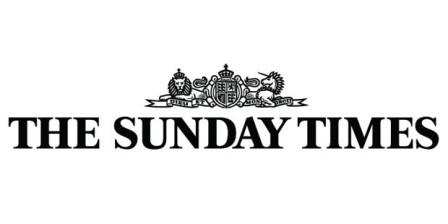 Zombies roam our cities, Mr Pickles. Here's how you skewer them
Charles Clover

It is zombie summer on TV. The Returned, a French drama about the undead, set in a claustrophobic Alpine town, is spooking those who can bear to watch. Last week it became a zombie summer on the streets of northern England, where a sinister, discredited policy crawled from its grave in the Prescott era and squared up to a government that until now has tried incompetently, and failed, to kill it.

Ten years after announcing a shocking scheme that blighted the area and drove out 1,200 of its citizens, Liverpool city council finally won permission to demolish 440 homes in the so-called Welsh streets of Toxteth, where Ringo Starr was born, and replace them with 150 new ones.

The plan is to destroy a large number of affordably restorable homes, bought at great public expense, with fewer, built at even greater cost. The council can't afford to rebuild enough, so the rest of the area will be grassed over - this in a city with a rising population and where homes for people on modest incomes are at a premium.

Incredibly, Pathfinder, the policy of managed decline in our northern cities, which accounted for the demolition of tens of thousands of homes in the north of England under Labour, is stirring again. The chancellor is trying to get more homes built, the economy is growing and this scheme - misconceived from the start - has been proved nonsensical by the census, which shows that the northern cities grew over the past decade, in Liverpool's case by 5.5%.

Despite the fig-leaf restoration of 37 homes, including Starr's birthplace, the Welsh streets scheme remains the most prominent symbol of local government gone bad. It raises questions about who really runs Britain in one-party ghettos.

At long last, the government may, just possibly, be squaring up for a fight. In the blue corner, the rotund Eric Pickles, the communities secretary, has issued a stop order so he may consider whether the Welsh streets scheme should be "called in" - that is, sent before a public inquiry. In the red corner, a lookalike northern tubby, the Liverpool mayor Joe Anderson, has urged Pickles to let the scheme proceed on the basis that such decisions should be made locally and that a vocal number of those living in the streets blighted by Pathfinder are now calling for something, anything, to happen after 10 years of being surrounded by boarded-up neglect.

The main reason this celebrated saga is not just a local matter is that it and other demolition schemes across northern England are being funded by you and me. Yet the justification for them was quashed in the High Court last month. A judge concluded that a minister (in the person of the co-chairman of the Tory party, Grant Shapps, no less) acted unlawfully when he signed off a £35.5m "transition fund", which paid for continuing demolition. This £35.5m plan directly contradicted promises made by Shapps in the Commons - that he would favour refurbishment over demolition and bring an end to neighbourhoods being torn apart and families being trapped in abandoned streets. Ouch.

The funding was ruled unlawful, but the cheques had already gone out. Pickles's department claims it cannot claw its money back. Where is it? Almost certainly some of it resides in the regeneration plan for the Welsh streets announced by the chairman of Liverpool's planning committee last week, in typically Stalinist manner, as "unanimously passed by a vote of 6-1".

Even now, Pontius Pickles has not declared his hand. He is merely saying he has been asked to call the scheme in for public inquiry and has stopped it while he considers whether to do so. There are overwhelming reasons why he should.

First is national policy: the Welsh streets scheme is publicly funded and against the stated policy of refurbishment. Second, it represents managed decline, not growth. Third, there is substantial controversy around it. Fourth, knocking down perfectly good houses violates the principle of sustainability. Fifth, there is cross-boundary interest - there are zombie schemes like this in Bootle and Gateshead that also deserve a bullet through the brain.

Pickles may be about to give us the heavyweight wrestling spectacle that the country deserves. He should use the threat of a public inquiry to get Anderson to do what he has received plentiful publicity by doing elsewhere. When Liverpool decided to give away 20 terraced houses for £1 each to people who undertook to do them up and live there for five years, it was overwhelmed by 4,000 applications. Pickles has the power to make Liverpool do that with the 440 homes in the Welsh streets instead of leaving them in the hands of Plus Dane, an unaccountable, publicly funded housing association.

Pickles has a last chance to take his own advice and reach over the heads of the tyrants in the town hall. He is right that "localism is not, and has never been, exclusively about giving powers to local authorities".

He should strike against the culture of devising grandiose schemes to attract public money, which has resulted in so much blight, division and misery. Power, in begging-bowl cities such as Liverpool, lies in keeping hard assets such as bricks and mortar in public ownership.

Is Pickles big enough to sap the zombies' power by giving those assets back to the people?