SAVE announces appointment of new Director 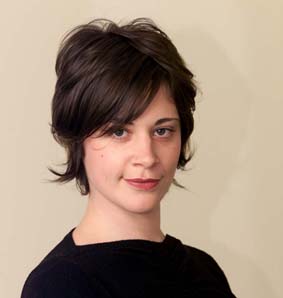 Clementine Cecil has been appointed as the new Director of SAVE. She replaces William Palin who is set to leave the charity at the end of May, after four years at the helm, to pursue writing and restoration projects.

'I am very sad to be leaving,' says William 'but delighted to be handing the reins to someone so experienced and capable as Clem'.

'It is a privilege to have led the organisation since 2008. We have enjoyed some major successes, including a landmark High Court ruling on demolition and the ending of the destructive and wasteful Pathfinder programme. As a tiny charity, with just two full-time employees, SAVE continues to punch far above its weight. SAVE's appetite for front line conservation battles is undiminished and, with the heritage sector facing a new era of austerity, SAVE's independence and creativity will prove more important than ever.'

SAVE's President Marcus Binney says 'Will Palin has brought enormous energy, ability and resourcefulness to SAVE campaigns over four years, producing and masterminding a series of key reports and taking forward the rescue of Castle House in Bridgwater, Somerset and a major group of Regency houses in the former Naval Dockyard at Sheerness, Kent. He has supervised a series of successful legal challenges to demolitions of historic buildings. Most notable of these was a judgment in the Court of Appeal over Mitchell's Brewery in Lancaster which led to sweeping new controls over demolition of all buildings. We are very sorry to be losing Will but delighted Clem Cecil is succeeding him.'

Clementine Cecil is well-known to SAVE, having worked on SAVE Europe's Heritage reports on Moscow and Samara. Before that (from 2001-2004) Clem was Moscow correspondent at The Times. She is an accomplished writer with a wealth of experience running preservation campaigns.
_______________________________

Clem was Moscow correspondent for The Times 2001-2004, and continues to write about architecture and conservation for UK and international publications. She regularly lectures on Russian architecture and the threats it faces, organises lecture series, takes part in conferences, and has taught campaigning techniques in Russia. She has an MA in Historic Environment Conservation from the Ironbridge Institute (Birmingham University).

Clem is a member of the Board for the Village Church of Russia and a member of the International Committee for the Melnikov House, Moscow. Cecil is a member of the editorial board for Cornerstone magazine (Society of the Protection of Ancient Buildings - SPAB), for which she writes about British and foreign conservation issues.

Clem is currently promoting a joint SEH and MAPS project that has support from the World Monuments Fund UK, the SPAB and private donors. This is a skills exchange programme between UK and Russian craftsmen, working on wooden and masonry churches in central and northern Russia, with the aim of providing support for Russian restorers and improving best practice.