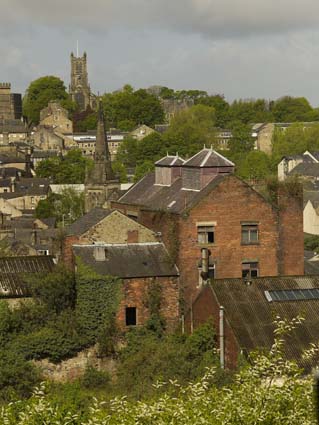 SAVE wishes to make it clear that the full protection of listed building law still applies to Mitchell's Brewery and that the Brewery cannot be demolished without a new application for permission to demolish which is unlikely to be granted in view of the new evidence which prompted the Secretary of State to list it as a building of special historic interest.

The recent Court judgement against SAVE concerns a seperate issue which became of secondary importance once the Brewery had been listed in February. The issue before the Court concerned SAVE's claim, made against Lancaster City Council and defended by the Secretary of State, that demolition would also contravene European legislation intended to assess the environmental impact of development. Under European law, any development project which is deemed to have significant effects on the environment are subject to this process known as Environmental Impact Assessment (EIA) and would in turn require planning permission.

The Secretary of State argued that in this case demolition did not constitute a development project and was therefore not subject to EIA. The bizarre implication of this (bizarre in the view of SAVE, its legal advisers and many Lancaster objectors to the demolition) is that although part demolition or new construction would need EIA, complete demolition does not.

At the Court hearing SAVE's lawyers argued that it is wrong that the demolition of a large historic building, such as Mitchell's Brewery, in a sensitive urban site, should fall outside this directive.

Marcus Binney President of SAVE says 'It is a nonsense that substantial redevelopment requires an EIA but substantial demolition does not. Clearly, large scale demolition  and clearance has as much impact as subsequent redevelopment. This is yet another case where property and development interests threaten to override the legitimate concerns of local people.  SAVE has stopped this happening in the Canal Quarter and will continue to press for a conservation led scheme."

If the judge had ruled in SAVE's favour, demolition of many buildings which currently fall outside the planning process would henceforth have the potential to attract this EIA and therefore require planning permission.

William Palin, Secretary of SAVE, says ‘The result may have gone against us this time, but we are extremely proud of what we have achieved so far in helping see off the disastrous Centros scheme for the Canal Corridor site and to secure listed status for the brewery. The ruling does not affect the future of the brewery which has now been recognised for its national importance and SAVE is now engaged in a mediation process with the Council and other parties and is optimistic that a conservation-led scheme for the Canal Corridor Site is now achievable.'

'In the meantime we ask Lancaster City Council to restart the process of reviewing the conservation area boundaries on this site, a process that was put on hold during legal proceedings.'

Following the judge's rejection of SAVE's case SAVE is now considering taking this case to the Appeal Court.

Articles previously featured in the SAVE news pages relating to the Lancaster Canal Corridor site:

Fight is on to save historic brewery

Breakthrough in Lancaster as brewery building is listed