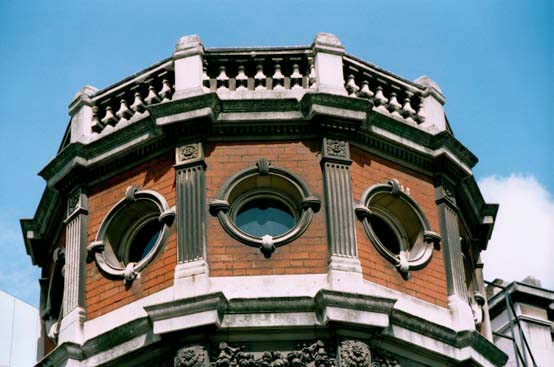 SAVE Britain's Heritage is delighted that the Inspector and the Secretary of State have refused consent to demolish the General Market Buildings at Smithfield. The building which is one of a grand procession of market structures designed by the City Surveyor Sir Horace Jones has stood empty for more than a decade. SAVE Britain's Heritage hopes that the developer Thornfield will now respect the decision and allow a conservation-based scheme to proceed in place of the office block proposed.

In recent years the whole area around Smithfield Market has the centre of a revival as vigorous and lively as that of Covent Garden.

At the public inquiry SAVE and English Heritage led the fight to save the market buildings.

The campaign to save the General Market was launched by SAVE with the publication of Don't butcher Smithfield in 2004.

Earlier, in the 1980s, SAVE led the successful campaign to prevent the demolition of Old Billingsgate Fish Market, also by Sir Horace Jones which is now a highly successful and popular events venue.

Adam Wilkinson SAVE's former Secretary who led the SAVE case at the inquiry says 'This is vindication of SAVE's long-held stance that the demolition of these handsome buildings is a nonsense and that they are well capable of economic re-use. They can contribute so much more to London than yet another office block. The SAVE team exposed the some of the inaccuracies in the information used to justify the demolition proposals at the inquiry and we were staunch in our defence of these buildings. The City of London must now allow other development teams to come forward with proposals for the buildings, having previously stifled any attempts to find new uses for them'.

Marcus Binney President says 'This is one of the biggest inquiries SAVE has ever fought, requiring an immense commitment in time and resources. The General Market Buildings have been scandalously neglected by the City Corporation. At the inquiry the City conceded that the market made a significant contribution to the conservation area. The market buildings should now be offered for sale. If they are they can very quickly become as lively, attractive and popular as Borough Market south of the River'.

David Cooper SAVE's solicitor and lead advocate at the Inquiry says 'The case put forward by SAVE was compelling in its clarity that none of the works for the railway were urgent enough to outweigh the obvious presumption of the positive contribution that these buildings made to the area. It was difficult to understand why Thornfield pursued their case supported by the City Corporation.'