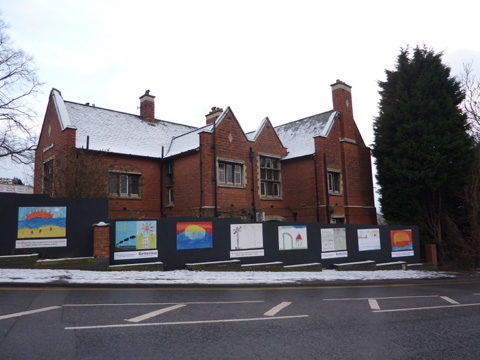 SAVE has written to Kettering Borough Council in an effort to prevent the demolition of Northampton House, a fine Edwardian building situated within the Kettering Conservation Area. Worryingly, the application is due to be decided by delegated powers rather than at full planning committee.

The building dates from 1910 and was built as offices for James Pain, one of the county’s most important industrialists. Pain owned a number of iron ore mines in the district, some of which continued to operate into the 1980s. The architect was J T Blackwell, well-known for the buildings he designed in partnership with E J Storry - noted in the Conservation Area appraisal as ‘mature and confident works’. Alongside another prominent local architect, J A Gotch, the pair were largely responsible for creating the Victorian industrial town, so prominent today.

Although Northampton House has been turned down for listing by English Heritage, it is clearly of interest and value. Indeed, this is confirmed in the EH assessment which describes the building as ‘significant …within the local historic and architectural context.’ The building was in use until relatively recently. It was still occupied when the Design Competition was launched in February 2006 and is in good condition.

Register your objection to the demolition plans by sending an email to planning@kettering.gov.uk stating the ref KET/2009/0318.

An adjacent building, 6 Station Road, is of similar date. It is also unlisted and lies just beyond the boundary of the conservation area, so permission is not required to demolish. Its future is extremely uncertain.