PRESS RELEASE: Loss of M&S Oxford St cannot be justified on either climate or heritage grounds, SAVE says as inquiry ends 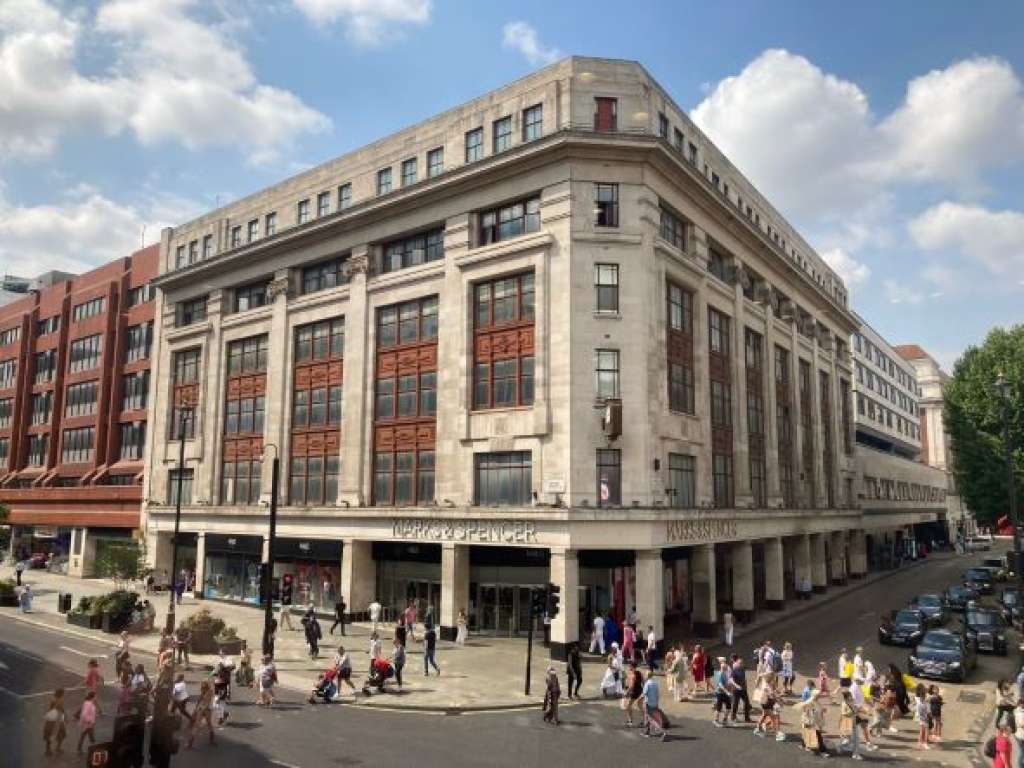 M&S’s plan to demolish its flagship Oxford Street building cannot be justified on either heritage or climate grounds, SAVE told the public inquiry in our closing statement today.

He told the inquiry: “The significant heritage impacts, not outweighed by public benefits, would alone warrant a refusal of planning permission. But there is another very substantial harm and policy conflict arising from this scheme, which concerns the effect of the proposals on the UK’s transition to a zero-carbon economy.”

The two-week inquiry closed today just as the crucial COP27 climate talks are due to open in Egypt.

Climate legislation and planning policy have caught up with the “terrifying reality” of the global climate crisis, he said, adding: “It is not an understatement to say that the survival of the human race is at stake if we do not all play our part in addressing the climate emergency.”

M&S’s proposal is not consistent with the UK’s legally binding commitment to be net-zero by 2050, the London Plan or Westminster council’s own policies, said Mr Fraser.

Yet SAVE argues the site presents an “ideal opportunity for a market-leading innovative comprehensive retrofit of the buildings” which would achieve the desired improvements – providing high-quality, energy-efficient retail and office space and new public realm without pumping out 40,000 tonnes of CO2 and avoiding the harmful heritage impacts of the new-build proposals.

“There is no fundamental structural, façade deterioration or safety reason why these buildings should be demolished,” said Mr Fraser.

Yet, he told the inquiry, M&S have been unable to supply documents showing it ever considered a deep retrofit or that retention was “fully explored” before the decision to demolish was made in 2018. Instead they tested light refurbishment options that were “straw men bound to fail”, he said.

M&S has also been unable to provide evidence that its original brief to the architects asked for consideration of a full retrofit, the inquiry heard. “For all that is known from this evidence, M&S could have instructed [architect] Pilbrow and Partners to design a scheme that simply maximises commercial value,” he said.

The heritage damage that would be caused by M&S’s proposals was another key plank in SAVE’s case.

Both sides agreed that the M&S building, Orchard House, “magnifies the brilliance of Selfridges”, with SAVE arguing it has “merit and significance” of its own and contributes positively to the character of Oxford Street which is famous for its flotilla of historic department store buildings sailing majestically along the street, to quote the architectural historian Pevsner. “Orchard House is one of those great galleons,” SAVE’s expert heritage witness Alec Forshaw told the inquiry.

Mr Fraser warned that the harm caused by the loss of the M&S building would be “permanent and irreversible. It is the greatest possible harm that can be done to a heritage asset”.

We are so grateful to everyone who has donated to our legal costs. Our crowdfunder closes on Sunday. Please consider donating by clicking here.

3/ Find links to our previous press releases on the M&S building here.

6/ Links to SAVE's key evidence can be found here

7/ SAVE Britain’s Heritage is an independent voice in conservation that fights for threatened historic buildings and sustainable reuses. We stand apart from other organisations by bringing together architects, engineers, planners and investors to offer viable alternative proposals. Where necessary, and with expert advice, we take legal action to prevent major and needless losses. Our success stories range from Smithfield Market in London and Wentworth Woodhouse stately home in Yorkshire, to a Lancashire bowls club and the Liverpool terraces where Ringo Starr grew up.