Local conservation experts have uncovered the possible remains of the medieval parish church of St Olave’s amongst a complex of flint warehouses in Anglia Square, Norwich. SAVE Britain’s Heritage is supporting a listing application in light of the special significance of the site.

Dedicated to the Norwegian King Olaf in 1030, St Olave’s church was originally built shortly after the death of the canonised king in 1030, on the corner of St Crispin’s Way and Pitt Street.

Despite the loss of the church and churchyard which once dominated the site until the mid-16th century, unusual coursed flintwork thought to be part of the church’s original retaining wall still survives. The discovery was made during a survey of the site by local conservation expert and Surveyor of the Fabric for the Norwich Historic Churches Trust Mark Wilson, following a tip off from researchers at the University of East Anglia.

However, the church remains and the surviving streets and buildings around it are now threatened with demolition under controversial redevelopment plans for Anglia Square by developer Weston Homes. Under the plans submitted to Norwich City Council in April 2022, the entirety of Anglia Square would be cleared and rebuilt with 11 large residential blocks of up to 8-storeys high.

As well as the loss of the remains of St Olave’s and nearby unlisted buildings, SAVE is concerned that the scale and massing of the proposed new blocks fail to respond to their historic surroundings. We consider that achieving an appropriate scale is critical to the success of this development within the city centre conservation area, and at a scale commensurate, not at odds with the surrounding predominantly much lower scale streets and neighbourhood. SAVE is due to submit comments on the planning application imminently.

Evidence including historic maps and land title deeds unearthed in the listing research suggest that a church has existed on the site since the 10th century, with subsequent developments along Cherry Tree Yard enveloping the remains of the original church. With an Anglo-Scandinavian community known to have existed in this part of the city since the year 900, the listing application makes the case that the church remains are of high historic value “as one of the rare surviving remains of an Anglo-Scandinavian Church in Norwich north of the River Wensum, an area identified as an early Anglo-Scandinavian enclosure in Norwich”.

Located near Botolph Street and the present-day Surrey Chapel, the remains of St Olave’s also survived heavy bombing during the Second World War and the subsequent major redevelopment of Anglia Square in the 1960s which saw almost all the surrounding streets of terraced houses pubs and factories swept away.

The warehouses which enclose the church remains, and a number of other nearby surviving historic buildings at the corner of St Crispin’s Way remain in use by a variety of local enterprises, including a film studio and the Men’s Shed, a charity supporting craftwork and skills in the local community.

SAVE Britain’s Heritage has now written to the government’s heritage advisor Historic England to support the listing application for the medieval remains, a discovery of the highest heritage significance.

Henrietta Billings, director of SAVE Britain’s Heritage says: “It’s extraordinary that the medieval remains of St Olave’s appear to have survived not just Second World War bomb damage but the 1960s redevelopment of Anglia Square as well. We strongly support the listing of this site, and highlighted the importance of these historic buildings along Pitt Street at the public inquiry. We believe these buildings could be successfully incorporated into any development at Anglia Square – and must not be demolished.”

Marcus Binney, executive president of SAVE Britain’s Heritage, says: “Norwich is increasingly recognised as one of the best surviving cathedrals cities in England and demolition of historic buildings in the central conservation area is unacceptable and unnecessary.” 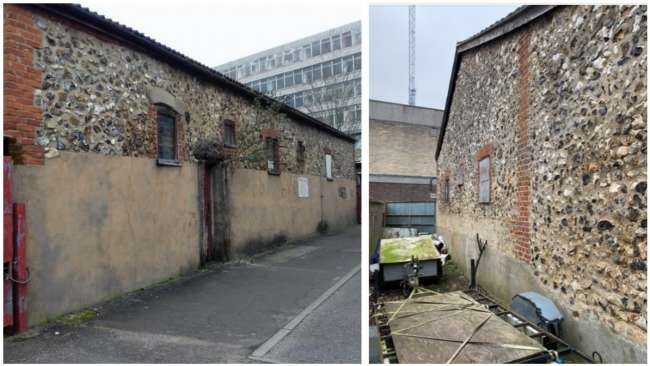 Image: The barn and retaining wall which is believed to include the Medieval remains of St Olave's church [Credit: Mark Wilson]

The former church of St Olave’s once dominated this corner of Pitt Street, stretching eastwards with its churchyard towards Cherry Tree Lane, until it was demolished in 1546. Intriguingly, a flint barn now exists on the spot where the church once stood, and there is now evidence to suggest that several walls of the church have survived, with much of the church’s original flints incorporated into the barn structure which has stood on the site since the church’s demolition. Not only does the orientation of the current building face east, the mortar also contains early lime, with chalk aggregate, which is identical to the techniques and fabric found in other Medieval churches across Norwich. Further archaeological inspection of the site could unlock a hidden new chapter in Norwich’s already rich history. 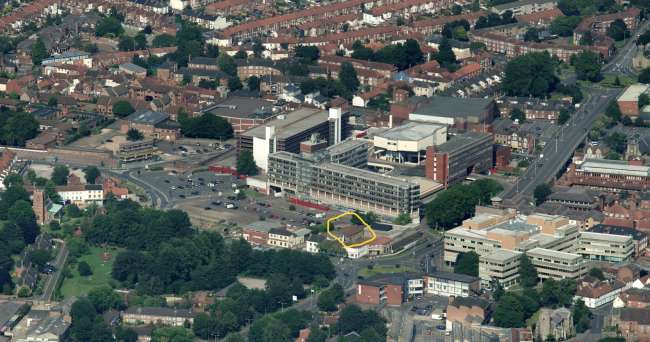 In 2019 – 2020, SAVE, Historic England and the Norwich Society successfully fought off previous proposals to demolish these buildings under controversial plans by Weston Homes to redevelop Anglia Square. Under the plans, thrown out by the Secretary of State at a public inquiry in 2020, Anglia Square would have been redeveloped with a 20-storey tower block and 1200 flats.

The then Secretary of State Robert Jenrick's refusal of planning was challenged by Weston Homes and site owners Columbia Threadneedle and had been due to be heard in the High Court in May 2021. However, on the 15th of April 2021, the developers withdrew, announcing that they would 'go back to the drawing board' and come up with new proposals. The latest plans for Anglia Square were submitted to Norwich City Council on 1st April 2022 and are now out for public consultation (Reference No. 22/00434/F). Click here to view and comment on the plans. 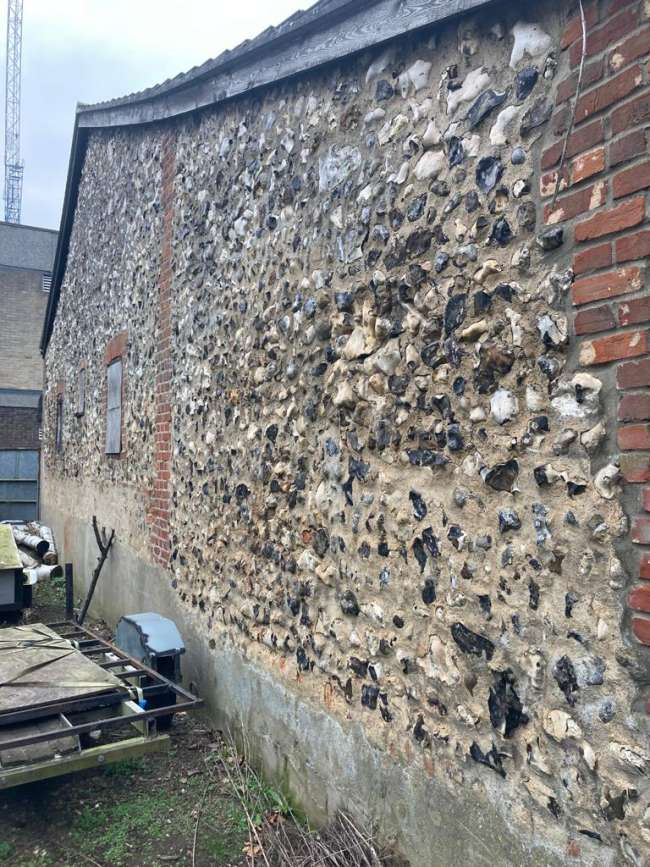 2. SAVE Britain's Heritage is a strong, independent voice in conservation that fights for threatened historic buildings and sustainable reuses. We stand apart from other organisations by bringing together architects, engineers, planners and investors to offer viable alternative proposals. Where necessary, and with expert advice, we take legal action to prevent major and needless losses.