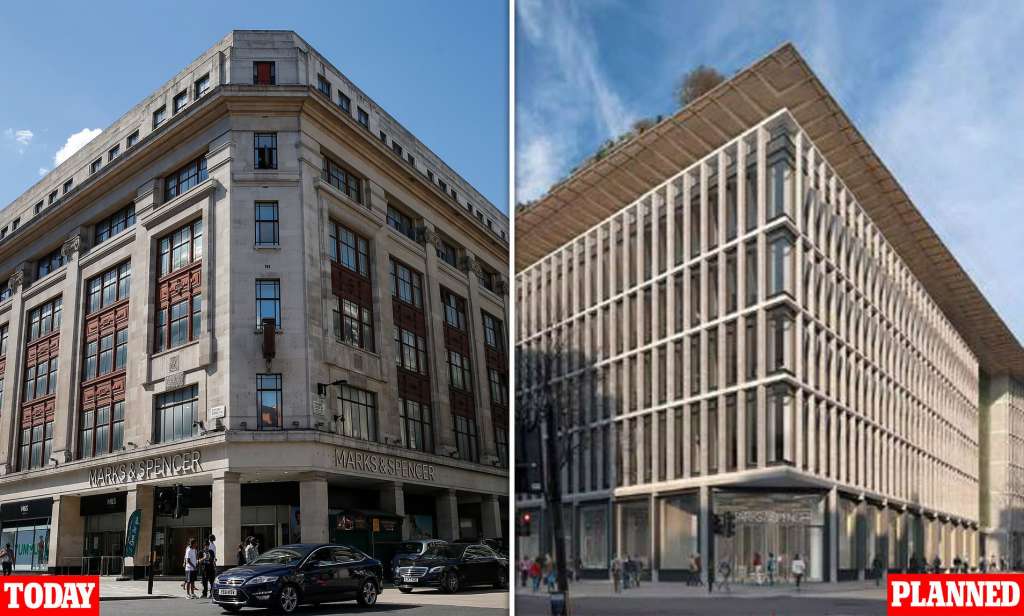 SAVE Britain’s Heritage has welcomed the decision by Michael Gove to pause plans for the demolition of M&S’s historic Oxford Street store in central London.

The Communities Secretary and his team will now scrutinise the controversial proposals and decide whether to “call them in” for government determination.

SAVE Britain’s Heritage, which has been fighting the redevelopment of this much-loved 1929 landmark on both heritage and sustainability grounds, applauded the news – and immediately wrote to Gove urging him to go further and take the planning decision out of Westminster council’s hands.

It also encouraged the public to do the same. Yesterday it emailed everyone who signed its M&S petition asking them to write to the Secretary of State requesting the application be called in for public inquiry.

To ask for a public inquiry, please write to:

Michael Gove, Secretary of State for Communities, requesting the application be called in for public inquiry. Letters should be emailed to correspondence@levellingup.gov.uk and copied to PCU@communities.gov.uk or posted to the Department for Levelling Up, Housing & Communities at 2 Marsham Street, London SW1P 4DF

Henrietta Billings, director of Save Britain’s Heritage, said: “We welcome this decision that suspends planning permission for M&S’s scheme while ministers consider whether to call in the application for public inquiry.

“The Secretary of State should call in the proposals following the Simon Sturgis report which clearly shows that the demolition proposals do not comply with national net zero legislation to reduce carbon emissions.

“This is an issue of national and international importance – if we allow existing buildings to be demolished and replaced without properly prioritising comprehensive retrofit solutions, we will not meet our climate change commitments.”

Gove’s intervention came after SAVE submitted a report commissioned from Simon Sturgis, the government’s own sustainability advisor and an embodied carbon expert, which found the proposals to replace the building, approved by Westminster last year, did not comply with the UK Government’s net zero legislation to reduce carbon emissions or the Greater London Authority’s stated policy to prioritise retrofit over new-build. The plans also run counter to Westminster City Council’s declaration of a climate emergency, the report said.

The report forced the Mayor of London, Sadiq Khan, to revisit his decision to leave the case in Westminster’s hands. But just a week later he concluded he had been right not to intervene and washed his hands of the case.

Now Michael Gove has stepped in and issued an Article 31 holding direction – suspending Westminster’s planning consent until the government has scrutinised the plans.

Under the proposals, designed by architects Pilbrow + Partners, the 1929 art deco landmark in London’s West End would be bulldozed, along with two extension buildings, to be replaced by a 10-storey retail and office building. Despite substantial local and national opposition, and a listing bid from the Twentieth Century Society, the plans were approved by Westminster City Council in November 2021.

The Sturgis report said: “Whatever [a proposal’s] sustainability credentials, you cannot separate the new-build from the fact that there are valuable carbon assets already on the site eminently capable of reuse.”

Billings added: “The M&S building is a handsome landmark that has characterised Oxford Street for almost 100 years, helping shape one of London’s most famous and historic streets. We call on M&S to stick to their ambitious sustainability goals and re-think their plans. The environmental cost of demolition and rebuild of this building just doesn’t stack up when measured against a comprehensive retrofit alternative.”

The M&S flagship is just one of the significant stores SAVE is fighting to protect. In an acclaimed new report, Departing Stores: Emporia at Risk, it highlights many other examples of vulnerable shops up and down the country.

The report says: “Department stores make up some of the finest and most socially significant buildings on British high streets. Designed to impress and inspire, they are of great architectural merit, and stand as a monument to the historic prosperity of their town. They are deeply connected with personal histories, as places where generations of people have gathered, worked, even celebrated their weddings.”

2. Click here to access the new report by Simon Sturgis and here for our accompanying press statement from January 2022.

3. SAVE’s report on the future of department stores, Departing Stores: Emporia at Risk, was publishing on April 4. Click here to see the report in full.

4. SAVE Britain's Heritage is a strong, independent voice in conservation that fights for threatened historic buildings and sustainable reuses. We stand apart from other organisations by bringing together architects, engineers, planners and investors to offer viable alternative proposals. Where necessary, and with expert advice, we take legal action to prevent major and needless losses.