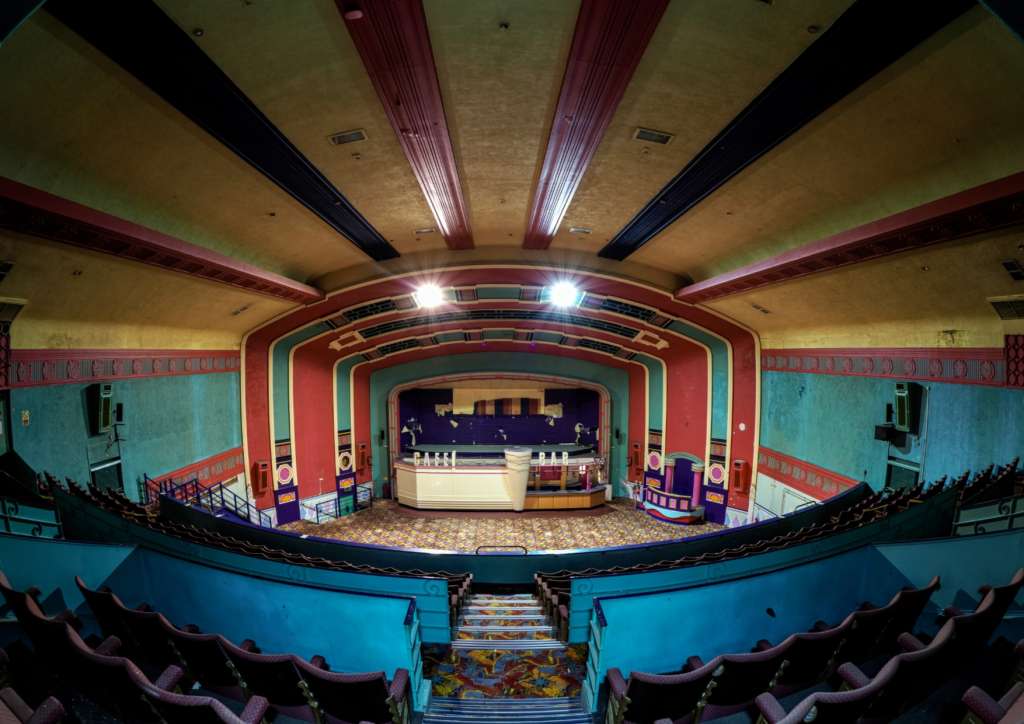 SAVE is delighted to present a photographic survey of the former Odeon on Ashford High Street, a rare and remarkably unaltered Art Deco building.

We commissioned photographer Ian Grundy to capture the special significance of the interiors of this unique building, currently under threat from demolition plans. See all of the pictures here.

SAVE, along with Twentieth Century Society, is supporting a Cinema Theatres Association bid to list the building at grade II. Historic England is currently assessing the application.

Designed by renowned Odeon cinema Andrew Mather (1890 - 1938) It was built to seat an audience of almost 1600 people. It opened in 1936 as the Odeon Theatre on 31st August 1936 with Eddie Cantor in “Strike Me Pink”.  Mather designed 25 Odeon cinemas - only eight survive, most with a considerable degree of alteration; the notable exceptions being Ashford and Faversham (listed grade II).

Aside from Faversham, it is regarded as the best-preserved example of Mather's oeuvre for Odeon and also of his other cinema work. It is a rare and almost unaltered with the internal plaster decoration being a well-preserved late example of French inspired Art Deco.

Ashford Borough Council, which owns the site, has published plans to demolish the Odeon, apart from the frontage and foyer, to make way for a new retail development. In January 2019 town councillors rejected a petition with more than 3,000 signatures to turn a former Odeon cinema in Ashford into a theatre.

The former cinema was home to Mecca Bingo from the 1990s until it closed in 2018.