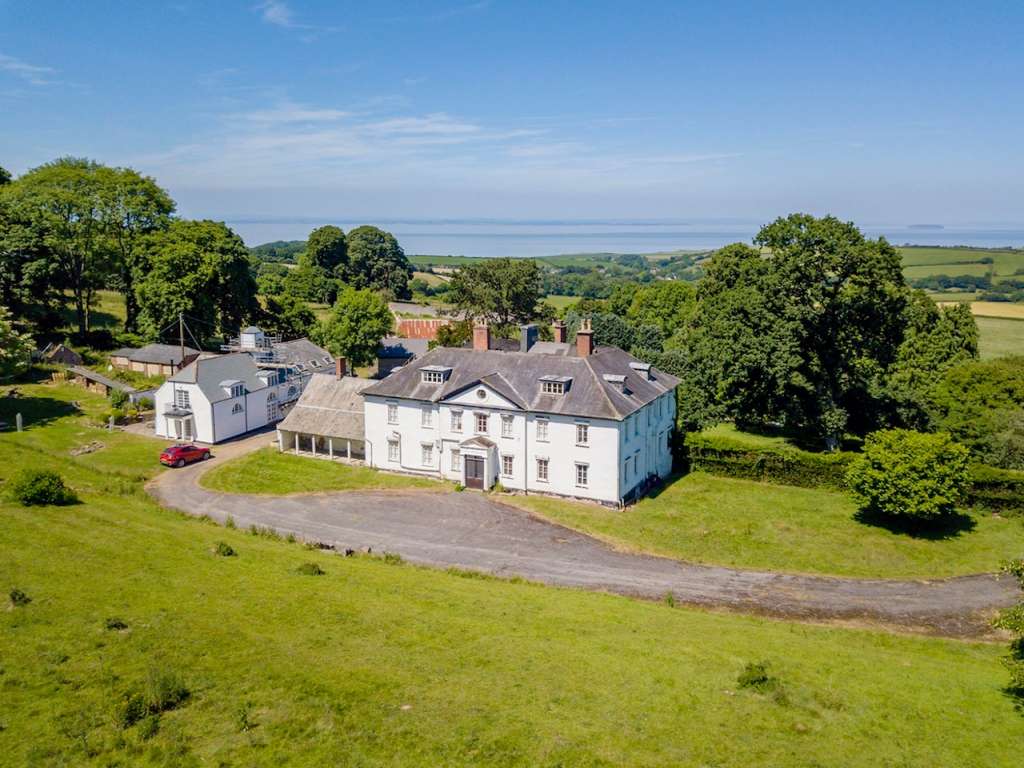 Set in a hollow on the lower slopes of the Quantock Hills and surrounded by 50 peaceful acres of its own grounds, Alfoxton enjoys magnificent views across the Bristol Channel towards the Welsh coast.  Alfoxton House was rebuilt in 1710 after the previous building was destroyed by fire and was reroofed and refenestrated in the 19th Century.  The pedimented central block breaks forward slightly with a circular window in the tympanum.  The central pedimented porch is flanked by engaged Doric columns.   Across the access road from the house are its lovely walled gardens which are in a poor state.

It was the home of William and Dorothy Wordsworth between July 1797 and June 1798. Dorothy began her journal here in January 1798 but discontinued it 2 months later to recommence when the couple moved to the Lake District. Coleridge was a visitor during this period. As well as a private dwelling the house has been used to accommodate a Kent preparatory school during the Second World War and as a hotel (converted in 1959).  Both the dormitories of the school and then the rooms of the hotel were named after poems.

The last hotel business closed some years ago and although applications appear to have been made in 2013/14 to restore the house and use it as a hotel, no permssions were granted.  The nearby coach house has been partially converted and sold.  While bringing the house back into use will involve considerable work, it clearly has great potential and would make a highly desirable place to stay or live.

The house was sold at auction in 2017 and in November 2018 was put up for sale again through Christie & Co as a hotel for a guide price of £2million. Click here to see the particulars. As of June 2019, the house is still for sale.

An article in the Telegraph (The Making of Poetry by Adam Nicolson, review: a Romantic year with the dandy and the slob, by Lewis Jones, 2 June 2019) reports that a new book about Wordsworth and Coleridge's time in the Quantocks, during which period Wordsworth lived at Alfoxton, features wood prints created from "fallen timbers" from the house which the article describes as a "picturesque ruin".  This raises a number of questions as the house can hardly be described as a ruin and fallen timbers are not reported to be a problem.  This is a remarkable house with a rich history and clearly needs urgent help to prevent it from standing empty any longer.