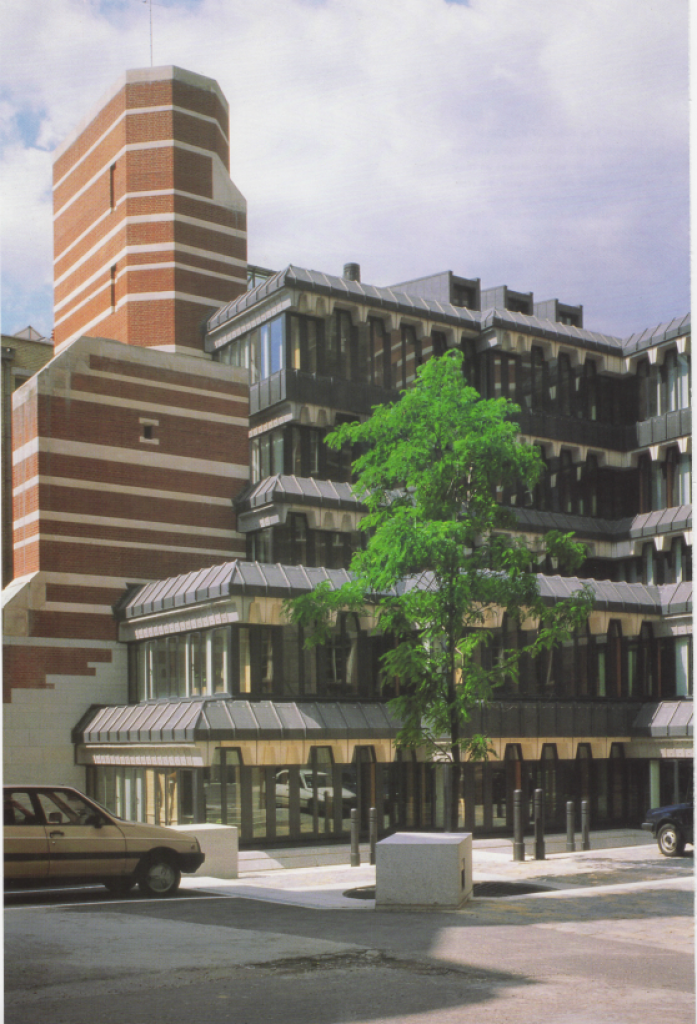 Under plans released earlier this month, Richmond House, the former Department of Health HQ in central London, is set to be flattened, apart from the approximately 24 metre wide entrance on Whitehall, to make way for a temporary House of Commons. Under sketch plans finally revealed on 8 May 2019 by the Restoration and Renewal Programme, the demolition of Richmond House and the temporary chamber would cost approximately £400m and be used for just 7-8 years while the neighbouring Palace of Westminster is refurbished.

In the report Mark Hines states: “The retention and refurbishment of Richmond House wins in four key ways: it retains and compliments the architectural qualities of the existing building, it generates significantly less carbon emissions than a new building, it reduces current operating energy use and it is cost effective. Refurbishment represents an enormous opportunity for Parliament to create a landmark, low energy, best practice office building."

He added: "Recycling and refurbishing our existing buildings is a vital component in supporting the UK's government commitment to reducing carbon emissions by 2050 and helping to tackle climate change."

Mark Hines is an architect specialising in the remodelling and creative reuse of historic buildings. He was the project director responsible for the repair and conversion of the BBC’s grade II* listed Broadcasting House. He is a former scholar with the Society for the Protection of Ancient Buildings.

This report states that the proposed demolition of Richmond House for a temporary chamber is expensive, time consuming and vastly wasteful in terms of materials and embodied energy. Richmond House, designed with high quality materials and excellently executed, is just 30 years old and was built to last. Richmond House could be retained and refurbished at a fraction of the cost of the current redevelopment plans to provide low energy, best practice office accommodation.

Henrietta Billings, director of SAVE Britain's Heritage, said: "Parliament has a unique opportunity here to prove it is serious about tackling climate change and lead by example. Richmond House has all the ingredients to be an exemplar low energy office building in the heart of Whitehall. It's increasingly difficult to justify chucking away such a well designed and executed grade II* building for a replica temporary chamber."

Marcus Binney, executive president of SAVE Britain's Heritage, said: "The proposals to rebuild Richmond House just 30 years after it was completed are extravagant, time consuming and destructive. Parliament must take a fresh look at the alternatives"

Other options for the temporary House of Commons include the large internal courtyards of both the Foreign Office and HM Treasury, the atrium of Portcullis House or the recently unveiled Norman Foster scheme proposing new chambers for MPs and Lords on Horse Guards Parade constructed of demountable structures that could be reused elsewhere when the building is no longer needed. Further sites like Central Hall Westminster, or Church House have also been raised as possible alternatives, as well as moving the chamber out of London.

SAVE has repeatedly asked to see the analysis and costs of alternative sites for the chamber on the parliamentary estate that have been considered in this decision making process. This information has not been forthcoming.

Richmond House was listed grade II* just four years ago, which puts it in the top 5% of historic buildings in the UK. Designed by Sir William Whitfield, it was constructed of fine materials and designed to be a worthy neighbour of the Foreign Office, HM Treasury and Norman Shaw’s gabled and turreted Police Headquarters (known as Norman Shaw North and and Norman Shaw South) which it backs onto. It is a key building in the Whitehall Conservation Area.

Richmond House was completed at the time when the IRA posed a major threat and press coverage was therefore limited. The most comprehensive article was written by C20 Society stalwart Roderick Gradidge for Country Life (1988). Whitfield was described as “one of the most distinguished architects of his generation… There has been no staircase as grand as this in a Whitehall Office since [George Gilbert] Scott built his intentionally overpowering staircase in the Foreign Office… one must go back to the 19th century to find any such imposing government offices.”