SAVE welcomes the acquisition of Gwrych Castle by preservation trust 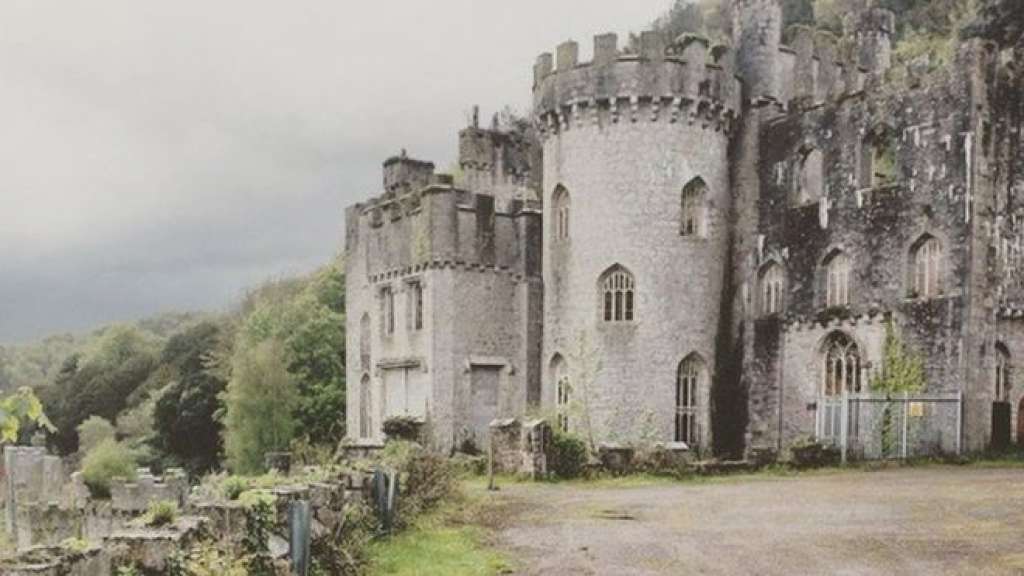 The castle has been in a desperate state for nearly 50 years and SAVE has supported Mark Baker’s campaigning which remarkably began when he was 11. Described as a fairy tale castle Gwrych is one of the grandest landmarks of the Romantic Era in Europe, an overpoweringly theatrical composition of embattled walls and towers climbing up a wooded hillside.

The castle was begun in 1810 by Lloyd Hesketh Bamford-Hesketh, who was largely his own architect, though he employed professionals to help him, notably Thomas Rickman, a pioneer of cast-iron tracery for Gothic buildings.  G E Street, architect of the Royal Courts in the Strand added family's private chapel: Arts and Crafts architect, Detmar Blow, designed the marble staircase, rising over 50 steps in one straight ascent, in 1914.

The Hesketh heiress, Winifred, Countess of Dundonald lived here in full Edwardian splendour, bequeathing the castle on her death in 1924 to the Royal Family. Instead it was given to the Order of St John and then bought back by the Earl, who tried tp sell the contents to cover the cost. After his son, the 13th Earl, sold Gwrych in 1946 the castle was opened to the public for 20 years by a Mr Leslie Salts, attracting nearly ten million visitors, and earning the sobriquet of “the showplace of Wales”.

Thereafter vandalism started.  The interiors were looted and stripped and the lead and slates torn from the roof.

Salvation began in 2014 when Mark Baker’s secured a lease on the castle and opened it to visitors.  Despite growing popularity, the situation has become increasingly desperate in recent months as the owners repeatedly threatened to sell the castle at auction, raising the prospect of attempts at speculative development in the grounds and continued deterioration.

Marcus Binney, SAVE’s executive president, says “it has been a continuous running battle against developers seeking planning permissions to build hotels and houses in the grounds, continuous neglect and repeated bouts of vandalism.  For years it has been the most important building at risk in Wales".

SAVE offers special thanks to the National Heritage Memorial Fund (NHMF) for the rapid way they have responded to this crisis - on the model of their previous support for so many earlier famous and brilliant historic house rescues including Tyntesfield, Dumfries House and most recently Wentworth Woodhouse.

2. The Grade I Iisted Gwrych Castle, Abergele in North Wales has been purchased by the Gwrych Castle Preservation Trust after the UK government-funded National Heritage Memorial Fund (NHMF) stepped in with the final piece of the financial jigsaw. NHMF has given a grant of £600,000 in addition to a major grant from the Richard Broyd Charitable Trust, which has enabled the purchase to go ahead.