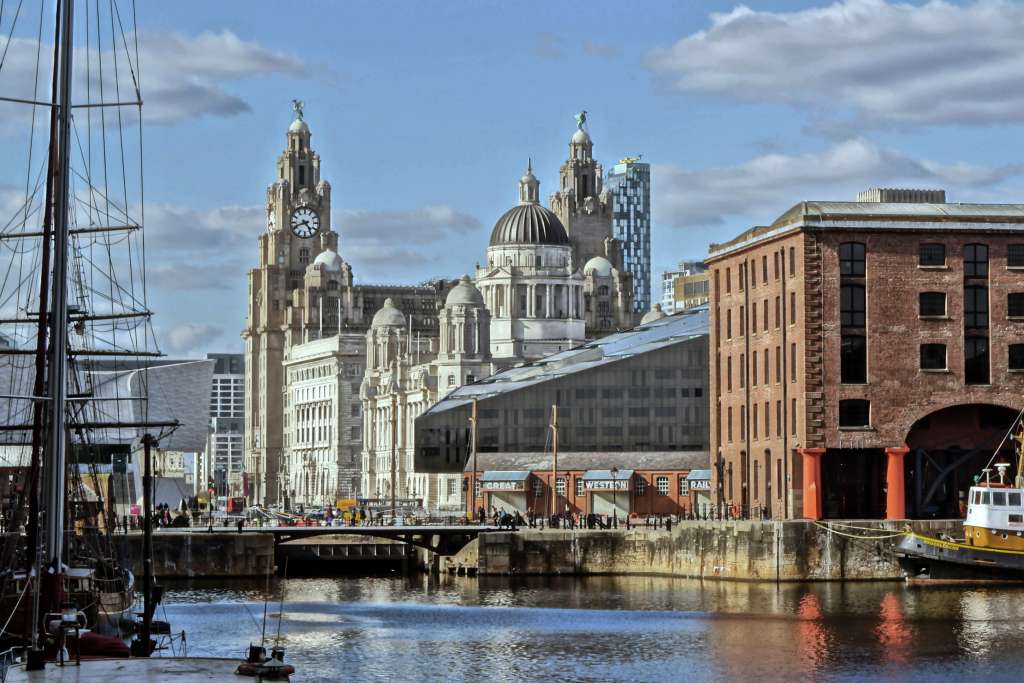 In papers issued before the meeting, the World Heritage Committee is recommending that although Liverpool will remain an ‘in danger’ site, it should not lose its ‘World Heritage’ status. The issue will be considered in detail by UNESCO state parties at the forthcoming meeting in Bahrain 24 June – 4 July 2018 and a final decision reached.

This recommendation is based on a draft Desired State of Conservation Report, submitted by the UK state party – the Department of Digital, Culture, Media and Sport led by Secretary of State Matt Hancock – with Liverpool City Council and Historic England. The new report sets out a number of proposed strategies aimed at protecting the city’s international status – from new strengthened planning guidelines and a height policy for buildings to the creation of a Mayoral taskforce of independent experts and a communication strategy about the World Heritage Site.

In their draft decision, the World Heritage Committee acknowledges these proposed corrective measures and notes that "Peel Holdings has recently confirmed to Liverpool City Council that there is no likelihood of the scheme coming forward in the same form of the outline planning consent".

The Committee also states that as many of the proposed corrective measures are not yet implemented, Liverpool should stay on the World Heritage Site 'in danger' list until they are approved by the Committee and adopted.

Liverpool was inscribed in 2004 for its outstanding universal value as, ‘the supreme example of a commercial port at the time of Britain's greatest global influence’. Its World Heritage Site stretches from the iconic Three Graces on the waterfront to St George’s Hall and Lime Street Station, and covers some 136 hectares of the city.

The city has been on the ‘World Heritage in Danger’ list since 2012 due to concerns about the harmful impact of large scale new development – namely the Liverpool Waters proposals. If implemented, this highly contentious scheme would have seen the construction of several skyscrapers along the waterfront, the tallest at 55 storeys. Unusually it has a planning permission valid until 2042.

In July 2017, UNESCO issued a strong warning that Liverpool would be removed from the list of World Heritage Sites in 2018 unless major changes were made to the way its historic waterfront was managed.

Henrietta Billings, director of SAVE, says: “It’s good news that Liverpool is set to retain its World Heritage Status.  No one wants to see this international badge of honour removed from such an important city. This recommendation is a positive signal from UNESCO – and gives everyone round the table the platform to find a heritage led strategy for development in the World Heritage Site and one that will drive up tourism and boost the local economy. There is still a lot of work to do to get the site off the 'at risk' list, but it’s an exciting opportunity for Liverpool and Britain.

Marcus Binney, executive president of SAVE, says: "Liverpool we hope is back from the brink. Liverpool's endangered landmarks have featured repeatedly in SAVE publications over the last 40 years as have numerous successful rescues and reuses. A reprieve from UNESCO can be the vital catalyst in returning the architecture of this great city to glory."

For over 40 years SAVE has been involved in championing the rescue and reuse of numerous Liverpool landmarks, including the Albert docks, North Western Hotel on Lime Street, the churches of St Francis Xavier and St Mary of the Angels (Everton) and St Andrew’s Rodney Street, the Littlewoods building, the Granby Streets and the Welsh Streets and most recently Andrew Gibson House. We fought a major campaign to save a terrace of unlisted 18th, 19th and 20th century buildings in Lime Street in the World Heritage Site buffer zone. They were demolished after a high profile battle in 2017.

2. The Liverpool Maritime Mercantile City World Heritage Site was inscribed in 2004, and joins a very select list of just 30 sites in the UK. As of 2016 there are just over 1,000 World Heritage Sites in total, and inclusion of Liverpool in this exclusive list should be treated as a great honour and a privilege, it serving to highlight the global importance of Liverpool’s rich history and exceptional architecture.

4. Management of UNESCO World Heritage Sites is the responsibility of each respective national government, in this instance the Secretary of State for the Department of Digital, Culture, Media and Sport.

5. SAVE fought a high-profile campaign in 2016 against the demolition of the Futurist cinema and a terrace of 18th, 19th and early 20th century buildings in Lime Street, central Liverpool. The buildings were in the buffer zone of the World Heritage Site and we argued that their demolition and replacement with a 11 storey student and hotel block would have a harmful effect on the World Heritage Site.

6. SAVE Britain’s Heritage has been campaigning for historic buildings since its formation in 1975 by a group of architectural historians, writers, journalists and planners. It is a strong, independent voice in conservation, free to respond rapidly to emergencies and to speak out loud for the historic built environment.