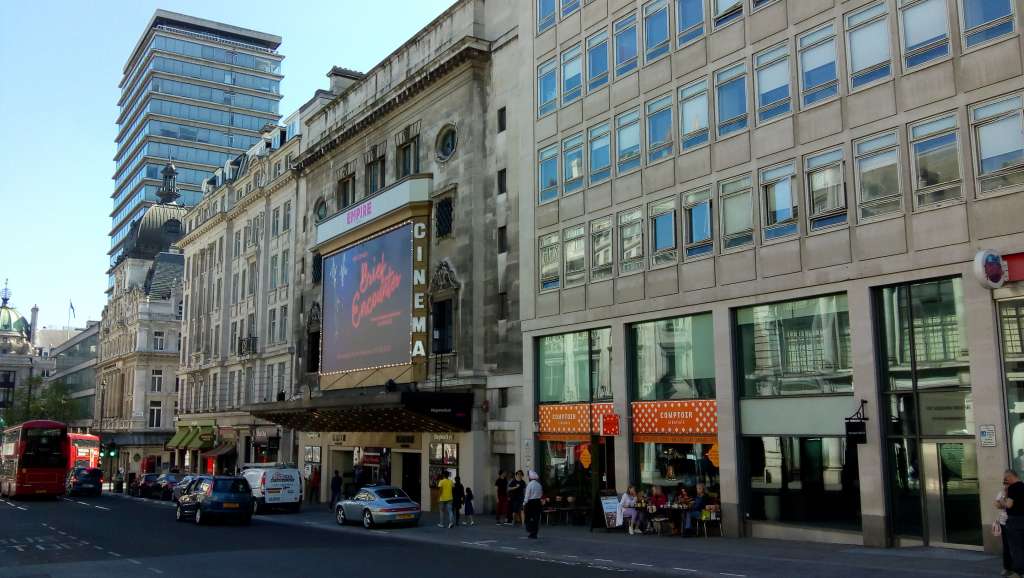 The Empire/Carlton Cinema on Haymarket

In her letter to Historic England, Gillian Anderson said:  "The Empire is an important historic cinema and a rare survivor which still retains its ornate original decoration in the main auditorium as well as the wonderfully dramatic foyer area. The building embodies the glamour of the heyday of Hollywood and I understand that it is the only remaining major cinema built in the inter-war years in London’s West End which is both largely intact and in use.  The cinema should be listed so that its special qualities can be celebrated for both this and future generations."

Designed by acclaimed architects Verity and Beverley, the Empire (formerly the Carlton) is the last remaining inter-war years cinema with substantially intact interiors in the West End.  The owners, the Crown Estate, have applied to Historic England for a Certificate of Immunity from the listing of the building.

A Certificate of Immunity would allow the destruction of the fine interior of the 1927 cinema.  SAVE Britain's Heritage and the Cinema Theatres Association have vigorously opposed this and have applied to Historic England for an urgent listing assessment. The Twentieth Century Society is also supporting the listing of the cinema.

The Empire's interiors are substantially complete with a foyer running the full length of the frontage which is decorated with neoclassical detailing with an elaborate stairway leading to the auditorium, bars and upper foyer, also lavishly decorated.  The main auditorium retains a highly embellished ceiling and creates a great sense of occasion and drama. Most grand West End cinemas have been demolished or completely altered - including the splendid interiors of the Plaza on Lower Regent Street by Verity and Berverley - making the case for preserving the interiors at the Empire an urgent one.  Indeed, the Empire is the last surviving Verity and Beverley cinema in the West End.

Historic England is currently assessing the cinema for listing. The Secretary of State for Digital Culture Media and Sport, on advice from Historic England, will ultimately make the decision on whether the building will be listed.