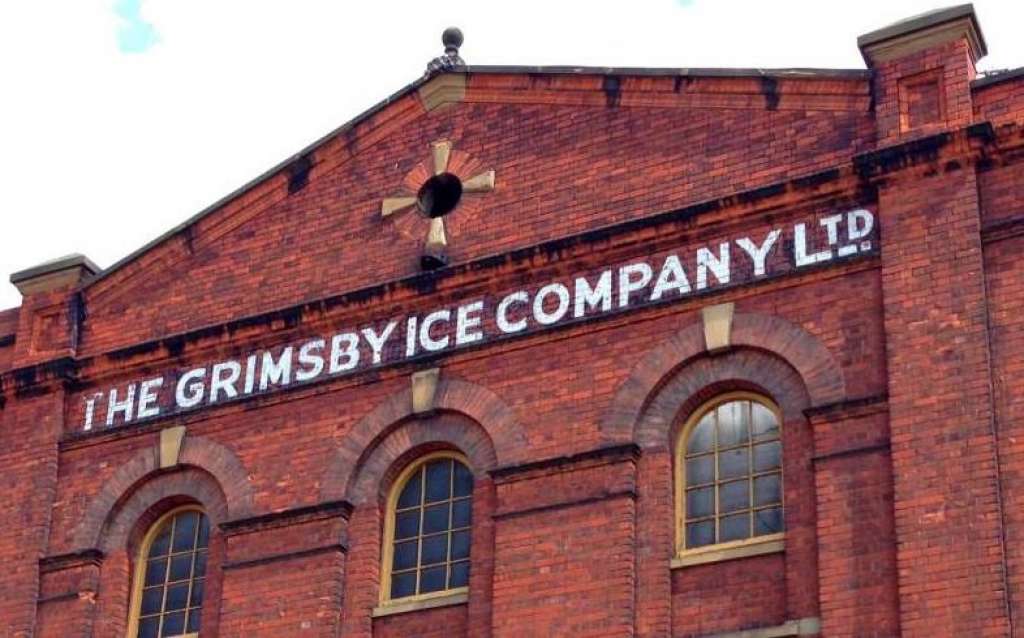 The Ice Factory in Grimsby

Grimsby Ice Factory has been selected by Europa Nostra as one of the most threatened sites in Europe. SAVE Britain’s Heritage nominated the Grade II* listed Ice Factory in 2017 due to widespread local and national concerns about the derelict and deteriorating condition of this historically significant building.

Europa Nostra represents national and local heritage groups and lobbies to protect heritage sites across the continent. Working with the European Investment Bank Institute, they will visit the Ice Factory over the next few months, and provide technical advice, identify possible sources of funding and mobilise wide support. A specialist team will formulate an action plan for the site by the end of year.

The Ice Factory has been in a state of serious decline since its closure in 1990, with no maintenance or repairs. The roof is severely damaged allowing water into the interiors and exposing the magnificent machinery – much of which is still in place. Our submission to Europa Nostra was officially supported by the Great Grimsby Ice Factory Trust and World Monuments Fund Britain.

Other threatened buildings and sites included in Europa Nostra's list of seven include the historic centre of Vienna, post-Byzantine churches in Albania the Buzludzha Monument in Bulgaria. Some of these sites are in danger due to neglect or inadequate development, others due to a lack of resources or expertise.

Henrietta Billings, Director of SAVE said: “This selection of the Ice Factory shows not only how important this magnificent building is in Grimsby – but it highlights its national and European significance too. The deterioration of the Ice Factory has been going on for too long – and we hope this high level European expertise will help the owners and local groups find new uses for it – and reveal its potential as a catalyst for regeneration of this part of the docks.”

The Ice Factory dates from 1900 and is a substantial industrial building within Grimsby Docks. Grimsby was the world’s foremost fishing port at the turn of the 20th century with a fishing fleet of some 700 boats. The factory supplied ice for fish packing and onwards transportation around the UK to Europe and beyond. While Grimsby’s fishing industry has declined in recent years, the Ice Factory remains the most striking physical testament to the physical greatness of the town. It is understood to be the earliest surviving ice factory in the United Kingdom. Read the full Historic England listing description here.

3. The '7 Most Endangered' programme was launched in January 2013 by Europa Nostra with the European Investment Bank Institute as founding partner and the Council of Europe Development Bank as associated partner.

4. The final seven sites were selected by the Board of Europa Nostra from the 12 sites shortlisted by a panel of specialists in history, architecture, conservation, project analysis and finance.

5. Europa Nostra is the pan-European federation of heritage NGO’s which is also supported by a wide network of public bodies, private companies and individuals. Covering more than 40 countries in Europe, the organisation is the voice of civil society committed to safeguarding and promoting Europe’s cultural and natural heritage.

6. SAVE’s campaign to stop the demolition of Fish Dock Road in 2016 was supported by World Monuments Fund, The Prince’s Regeneration Trust, The Victorian Society, The Society for the Protection of Ancient Buildings, Ancient Monuments Society, The Great Grimsby Ice Factory Trust and the Grimsby Traditional Fish Smokers Group, and more than 750 people who signed a petition to stop the demolition. For more information on our campaign- see here.

7. The World Monuments Fund included Grimsby Ice Factory and Kasbah in their 2014 Watch. Every two years the Watch draws international attention and support for some of the world’s most important and fragile cultural heritage. The Ice Factory is owned by Associated British Ports.

8. SAVE has a long-standing interest in Grimsby Docks, and has been campaigning for their preservation and reuse for several years. In 2012 we worked with architect Graham Byfield to draw up an alternative vision for the site, showing how it could be revived and restored.