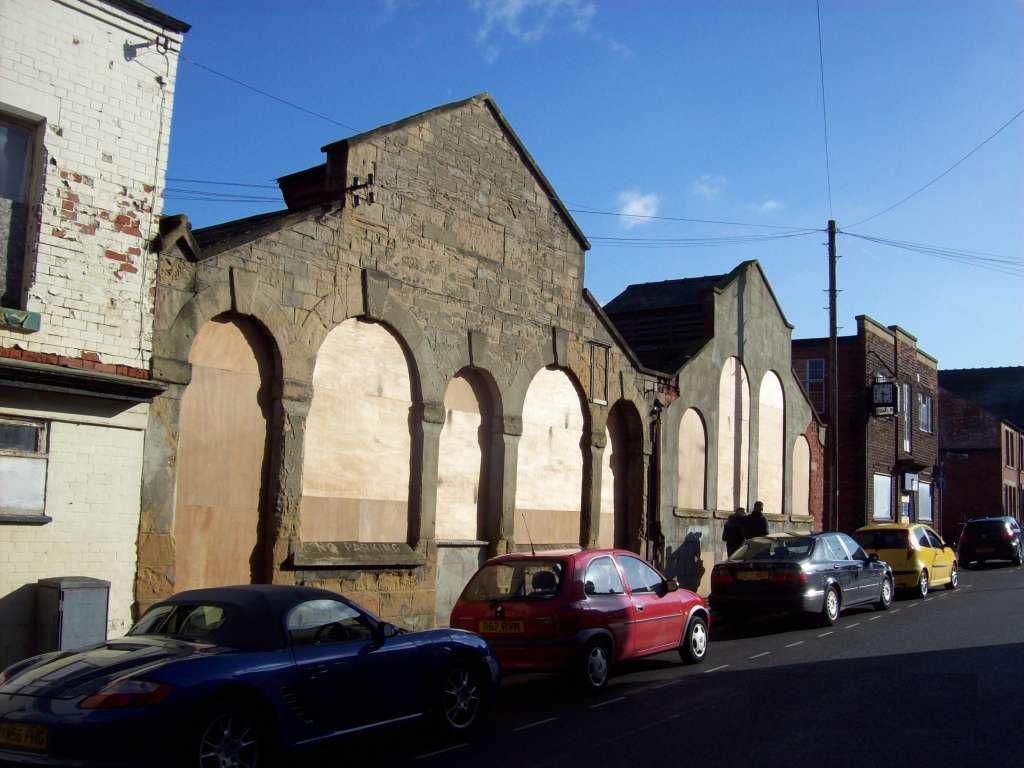 In the shadow of the Mansfield and Pinxton Railway viaduct is the former Plumb and Richardson factory, constructed in 1874 as a printing works.

The original building (left hand side) is faced in stone and features five bays of Romanesque windows with keystones. A date stone above the central window records the founding of the company in 1837 and the construction of the building in 1874, and a pedimented end gable adorns the roof. An extension was added at the turn of the twentieth century which replicates the earlier building, albeit in a less detailed fashion.

Internally the building is notable for its brick jack-arch floor and original cast iron columns, windows and roof trusses.

Having been vacant for several years the former Plumb and Richardson factory is suffering, with the signs clear to see. The stone work of the original building is damaged, with the date stone in particular being badly worn, and the later building is missing much of its render revealing the brickwork beneath. In addition, the building requires a new roof covering, and the restoration of its windows which are currently boarded up following acts of vandalism.

The former Plumb and Richardson factory would lend itself to a variety of new uses, and it benefits from its close proximity to the centre of the town. A planning application for change of use to a restaurant and wine bar was approved in 2003 but never implemented, which suggests one possibility.  It could also provide flexible and characterful office accommodation.