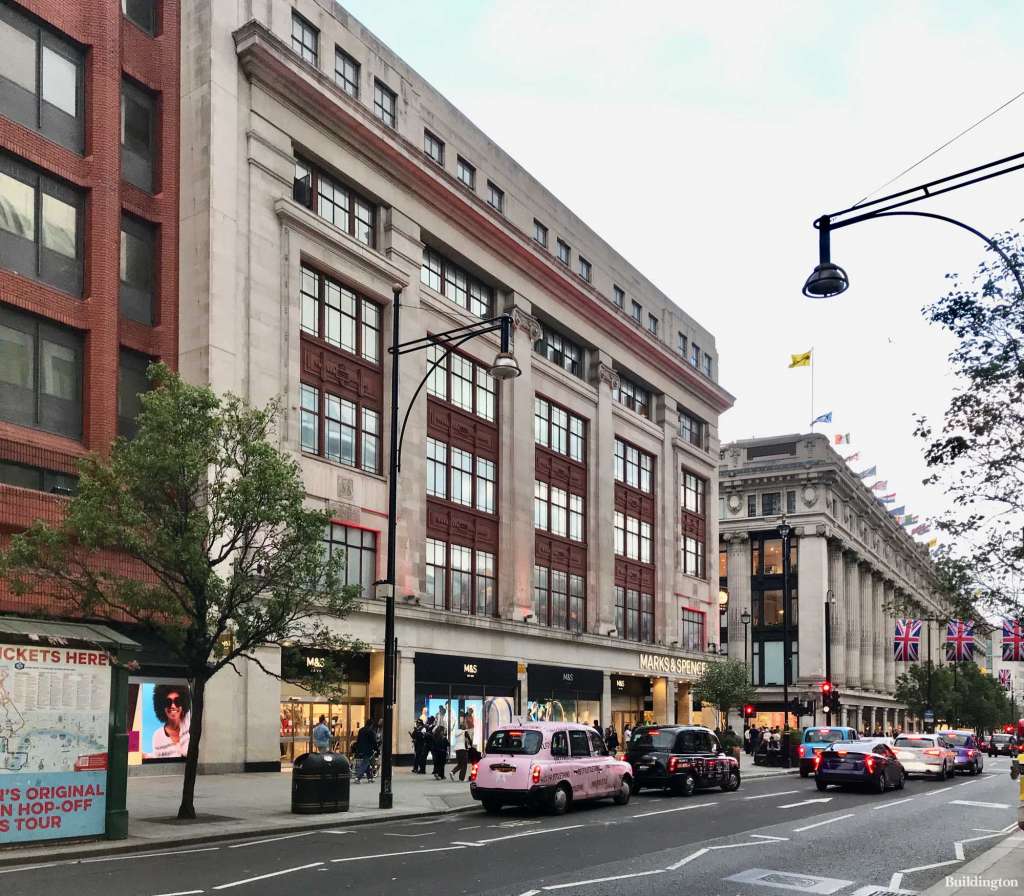 ‘Not just any demolition. An Oxford Street M&S demolition’

The inquiry is being seen as a major test of our disposable, knock it down and re-build attitude to our cities and historic buildings.

The ‘David and Goliath’ battle pits SAVE Britain’s Heritage against Marks and Spencer with potentially far-reaching consequences for construction and development.

It will be the first time “embodied carbon” (the CO2 released by demolition and construction of new buildings) together with heritage have been the major focus of a planning inquiry, and comes at a time of rapidly rising public concern about the climate crisis.

By M&S’s own admission, their plan to replace the existing store with a 10-storey office block with ground floor retail would release almost 40,000 tonnes of CO2 immediately.

Industry magazine The Architects’ Journal predicted the case will have “potentially far-reaching consequences for construction and development”, in a piece this month headlined “Demolition in the dock: Why the M&S Oxford St public inquiry really matters”.

The case, involving one of Britain’s best known streets and a world famous retail brand, has attracted great interest.

In addition to our expert witnesses, many statements and case studies have been submitted to the inquiry by architects, engineers, developers and academics in support of SAVE’s case – as well as by Duncan Baker, the MP for North Norfolk who brought the Carbon Emissions (Buildings) Bill to Parliament.

SAVE’s arguments will focus on the carbon implications and heritage damage of M&S’s proposals.

Architect and sustainable design specialist Simon Sturgis is one of SAVE’s expert witnesses. He will tell the inquiry that the proposals are in “direct opposition to the Government’s net zero [carbon] obligations”, as well as the policies of Westminster Council and the Mayor of London – who both waved M&S’s planning application through uncritically.

Mr Sturgis will say: “If net zero is to be achieved in accordance with the Government’s legal requirements, then developments such as this must be approached differently. You cannot achieve a different outcome that meets the net-zero, 21st-century trajectory by doing this project in a standard 20th-century way.”

He will add: “Marks and Spencer’s own Plan A [sustainability] policies are directly at odds with what is being proposed.”

The public inquiry was ordered in June by the then Levelling Up Secretary, Michael Gove, after a high-profile campaign led by SAVE.

More than 300 people have donated to SAVE’s fighting fund. Thank you to everyone who has given. It is not too late to help us reach our target.

The inquiry opens at Westminster City Hall tomorrow (Tuesday October 25) and is due to last a fortnight. Planning inspector David Nicholson is expected to make his recommendation to the Secretary of State in the new year, with the minister’s decision due some weeks after that.

SAVE will be represented at the inquiry by barrister Matthew Fraser of Landmark Chambers and our three expert witnesses Simon Sturgis, Julie Godefroy and Alec Forshaw.

2/ Find links to our previous press releases on the M&S building here.

6/ SAVE Britain’s Heritage is an independent voice in conservation that fights for threatened historic buildings and sustainable reuses. We stand apart from other organisations by bringing together architects, engineers, planners and investors to offer viable alternative proposals. Where necessary, and with expert advice, we take legal action to prevent major and needless losses. Our success stories range from Smithfield Market in London and Wentworth Woodhouse stately home in Yorkshire, to a Lancashire bowls club and the Liverpool terraces where Ringo Starr grew up.