This follows a two-year battle against the plans lead by local community group Lambeth Village and the Garden Museum, with support from SAVE Britain’s Heritage at the public inquiry, as well as other local and national bodies.

In his decision, published on 22nd June 2021, Jenrick backed the recommendation of the Inspector David Richards, that the proposed towers posed an unacceptable degree of harm to the Albert Embankment’s heritage, conservation areas and living conditions of local residents.

Jenrick agreed with the Inspector that the wide impacts of the proposed towers on two conservation areas, the Westminster UNESCO World Heritage Site and numerous nearby heritage assets, combined with harm caused by controversial alterations to the listed 1930s former London Fire Brigade building, was not outweighed by the public benefits of the scheme.

Considering the context of the site in the Albert Embankment Conservation Area (AECA), the Planning Inspector stated that whilst “there are precedents for tall buildings in this part of the Albert Embankment, my assessment is that they have not made a positive contribution to the character and appearance of the AECA.”

Richards also said there would be harm to the living conditions of residents due a significant loss of daylight - with some habitable rooms set to lose 40 per cent or more of their current levels.

In his recommendation to the Secretary of State, the Inspector stated that overall, "The heritage harm is less than substantial, but affects a number of important heritage assets, and attracts great weight in accordance with the National Planning Policy Framework. While I do not underestimate the benefits of the scheme, and attach substantial weight to them, I find that the heritage harm and harm to the living conditions of residents are not outweighed by the public benefits". 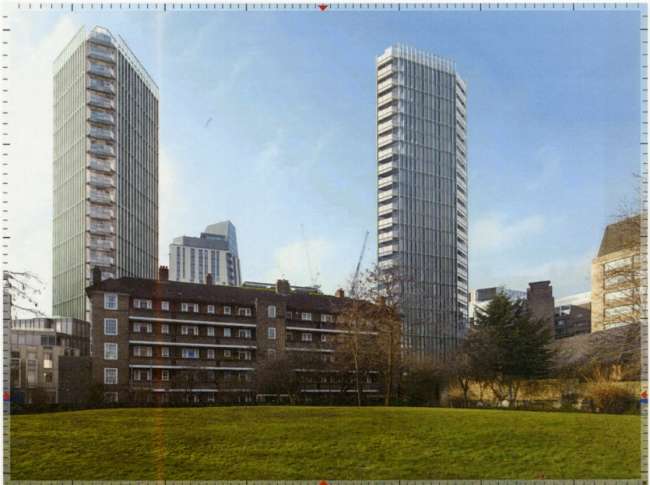 Henrietta Billings, director of SAVE Britain’s Heritage says: “This is a victory for the hard work of local groups who campaigned relentlessly for the future of their neighbourhood. We are delighted to see due consideration given to important concerns about the impact of the proposed towers on the surrounding townscape as well as residential amenity - and hope this now provides an opening for more sympathetic proposals to come forward”.

Marcus Binney, executive president of SAVE Britain’s Heritage, says: “This is a great day for the River Thames. In recent years, Government Ministers have waved through highly damaging schemes for very large developments which have devastated views along the river. We commend this decision as a clear statement that upholding local policies limiting building heights, defending heritage and protecting daylight of social housing carry great weight in our planning system”.

The public inquiry was held in December 2020, with heritage one of five issues examined over the eight-day sitting. Other issues examined included the impact on daylight and viability of the proposals, housing provision and the extent to which the proposed development was consistent with local development policies.

The scheme, designed by architects Pilbrow & Partners and approved by Lambeth Council in December 2019, sought permission to construct two residential towers of 24 and 26-storeys, and a 10-storey hotel directly behind the historic 1937 LFB building in the heart of the Albert Embankment Conservation Area.

Within the immediate setting of the Thameside site is the grade I listed Lambeth Palace and its surrounding conservation area, the Westminster UNESCO World Heritage Site just 650m away across the Thames, Old Paradise Gardens and the grade II listed St Mary’s of Lambeth (now the Garden Museum).

The plans generated substantial local and national opposition, with over 5000 people signing a petition objecting to the scheme in January 2020.

SAVE Britain’s Heritage strongly objected to the proposals in spring 2020, and joined the Garden Museum, Lambeth Village (representing a variety of local community groups), Westminster City Council and the Beaconsfield Gallery in requesting the Secretary of State ‘call in’ the plans for assessment at a public inquiry on the basis of heritage harm and other issues including overshadowing and loss of light to existing residents in the area.

SAVE acted as a Third Party at the inquiry, submitting a detailed statement of objection and supplementary visual impact study to the inquiry by planning expert and former Conservation Principal at Islington Council, Alec Forshaw. 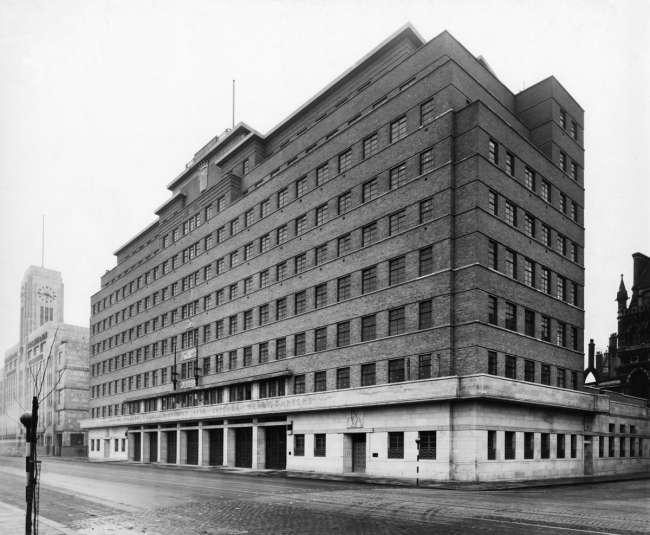 The London Fire Bridge (LFB) Headquarters opened in July 1937 in advance of World War II to replace an old fire station. Commissioned by the London County Council the building was designed by EP Wheeler, architect to the LCC, with sculpture work by Gilbert Bayes, Stanley Nicholas Babb and FP Morton.

The building was designed and constructed to accommodate seven fire engines, accommodation for officers and staff and a ten-storey high training tower. The building was elaborately designed with sculptures and a memorial hall for public events.

Across Lambeth High Street is a large unlisted vehicle workshop, which was home to the research and development section of LFB and forms part of the overall historic complex. The workshop accommodated garages and repair shops, stores and a training school. Over the years many unique vehicles and pieces of equipment were developed here which greatly influenced the work of the LFB.