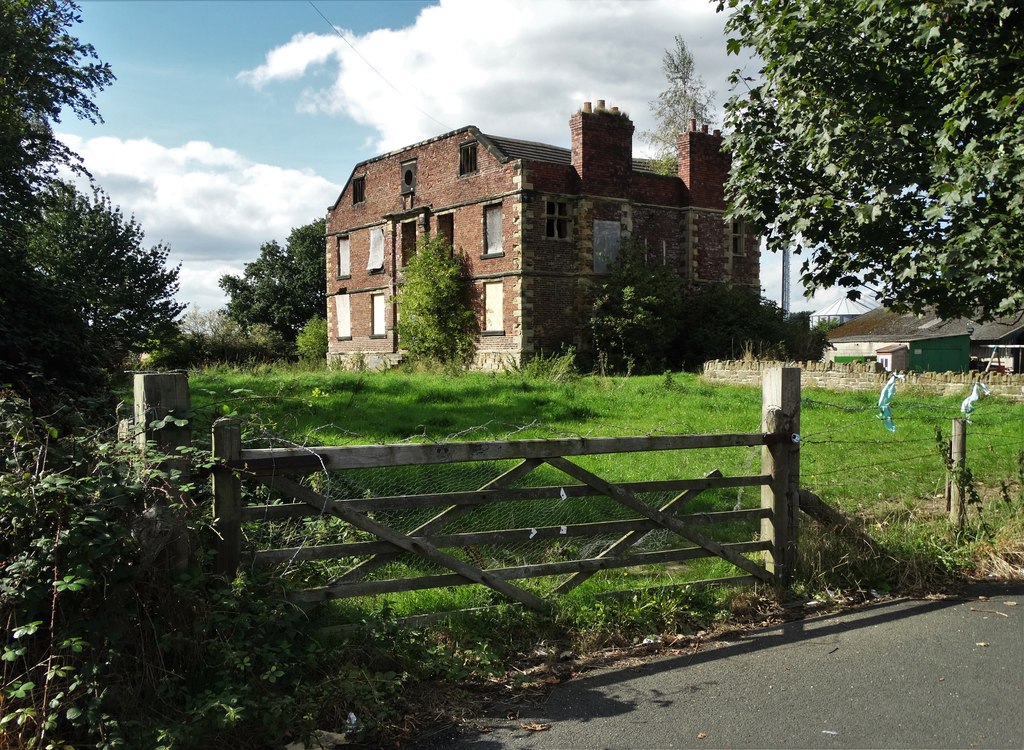 This nationally important building - it is grade II* - is in an intractable position where repairs cannot be made and a sale may be difficult to achieve.  It is subject to escheat (click here for an explanation of this legal concept) and therefore owned by the Crown Estate after previous owners became bankrupt. We understand it is subject to an outstanding mortgage.  Nothing can happen until this impasse is resolved.  The Crown Estate will sell to a purchaser and positively views community use or public ownership.  What is needed is a viable scheme which takes advantage of this and which may persuade a bank or other creditor to negotiate in relation to the outstanding debt.   It is on Historic England's Heritage at Risk Register who are also seeking solutions.

Grimethorpe Hall was built c.1670 with later alterations in the 18th, 19th and 20th centuries. Once an extremely handsome gentleman's house constructed of red brick with ashlar quoins and a string course at each floor. Flanking the central doorway are two Doric pilasters which reach up to the second string course. The house is a substantial three storey affair.

The last few decades have not been kind to the building. First it was bought by the Coal Board which applied for consent to demolish it. This was refused and Grimethorpe was upgraded from grade II to II* and the building was sold on. The next owner intended to turn it into a nursing home but this fell through and the Hall was eventually sold to a new owner but only after it had been badly vandalised. The building was secured against the weather, but is again suffering from decay and vandalism.

Grimethorpe has held numerous consents over the past few years, none of which have been acted on. There was a project involving a housing association with a view to selling the house but that went against local points of view. There was then permission for restaurant use but it appears that that became mired in detailed discussions and ultimately did not proceed.

There is a fair amount of land with the building but the surrounding area is a densely populated residential district. Brierley was a mining village and the whole area has benefited from some investment in infrastructure and other regeneration projects.