Buildings at Risk: update news from the East of England - August 2020 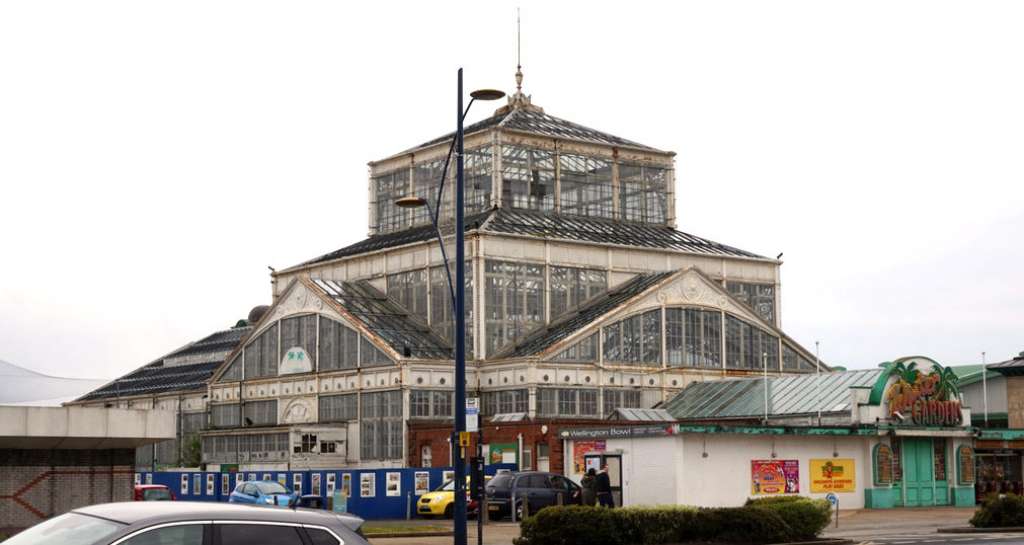 Our recent East of England update covered almost 200 buildings at risk, including 56 in Essex alone, the most in any county on our register. Across the region, the update has identified a number of buildings that have been saved and schemes that now have approval to move forward, but many sites remain derelict and left to crumble. There are also a few buildings currently for sale waiting for a new owner to rescue them.

High House in Rettendon near Chelmsford, a Grade II listed 17th century timber-framed farmhouse, has been successfully refurbished, supplemented a number of new dwellings constructed within the farmyard. The house, with its weather-boarded exterior, was originally built using reclaimed 16th century timbers, then remodelled two centuries later to give it a symmetrical façade. The building has added to our register after initial restoration works ceased, leaving the timber frame exposed which lead to the rapid deterioration of the house.

In Norfolk, Northwold Manor House has been beautifully restored. This fine Georgian gem sited opposite the village church dates from the early 18th century with later additions, including a striking two-storey projecting entrance bay with a beautifully detailed classical doorcase with fluted columns and a pretty fanlight. The building has a mixed history and was left boarded up for many years. After several attempts to force the owner to repair the building, it was compulsory purchased by Kings Lynn and West Norfolk Council 2013 and then sold to the current owner in 2017, who completed the restoration.

The main category of buildings at risk in this area are agricultural. Their proliferation reflects the importance of agriculture in the East of England, but changes in farming methods have left many barns and out-buildings redundant, particularly in rural Norfolk, while those in Essex’s commuter belt are being threatened by increasing urban development.

Marks Tey Hall, for example, is a Grade II moated manor house that dates back to the 16th century with several outbuildings, including a Grade II* listed granary barn built around 1400 and the Grade II listed Chapel Barn built in the 17th century. The surrounding area had been identified as a new garden town for 24000 homes. The first stage proposed restoring the Hall within its new urban setting, and the land was allocated in the draft local plan, but during the examination (May 2020), the Inspector deemed the proposal as unsustainable and unsound. It is unclear how the council will address this issue, but it leaves the empty Hall and barns in a vulnerable position.

Another building still at risk is Great Yarmouth’s Winter Gardens, the last remaining seafront winter gardens in the UK, and closed since 2008. After a number of failed attempts to revive the building, it has deteriorated to a point that Yarmouth Borough Council now fear the glass and cast iron structure could shatter because of the loss of glass panes and the condition of the window sills. They are spending £100,000 in emergency works that will see scaffolding placed inside the gardens and glass panels removed and boarded over - until funding for permanent restoration is secured.

Alongside the buildings still at risk, there are a number of other promising developments. After many years of uncertainty, work is underway to convert the former Grand Hotel in Leigh-on-Sea into 18 apartments with ground floor restaurants and commercial space.  The building dates from 1899 and is the most prominent building in the area. Locally listed, it is historically important because it marks the transition of 19th-century Leigh-on-Sea from a coastal village to a larger resort. Work is expected to be completed in the middle of 2021.

Another building with a positive outlook is Creeksea Place near Burnham-on-Crouch. When it was built in 1569, it was a sizeable Elizabethan mansion, but only the north wing of this ravishing building remains intact. Most of the South wing was demolished in 1740 and the east wing is a 19th century building sitting on the original foundations. The building fell into a poor state, however, repairs have now been made to the roof, gutters and chimneys; and many of the historic rooms and outbuildings, have been partially restored, allowing the property to be used for weddings and events.  Repairs to the remaining sections of the building will be on-going for some time as funds are generated, so it remains on our buildings at risk register.

The Grade II Maltings at Thorpe-le-Soken were built in 1875 adjacent to the railway station on the line between Colchester and Clacton-on-Sea. It is a rare survival of a maltings of this period as many have now been converted or demolished. The site also contains the King Edward VII public house, dated 1901, a fine red brick gabled building with cast iron balconies. The pub is not listed but is within the conservation area around the station. Production ceased in 1987 and both buildings are now in poor condition, but permission was granted to convert the Maltings and King Edward VII Public House into 31 apartments and for 20 new dwellings and commercial units. See details of the sale here.

Church Farm at Rollesby, around six miles north-west of Great Yarmouth, is currently for sale. This farm includes a farmhouse and two barns, each listed grade II, as well as the main barn listed on our register. It dates from the late 16th century and is an aisled structure that was added to in the 18th century. The barn is in a perilous state and emergency repairs have been carried out following an urgent works notice issued by the council to secure the roof. Click here for details.

The Old Coach House  to Oxburgh Hall Manor House in Emneth near Wisbech is also for sale. This charming but sadly neglected 19th-century stable block and coach house have been allowed to fall into a state of disrepair. The coach house is a substantial two-storey red brick structure with pretty semi-circular ‘thermal’ windows which once lit the hay loft. The building comes with planning permission to create a 4 bedroom home with a courtyard garden.