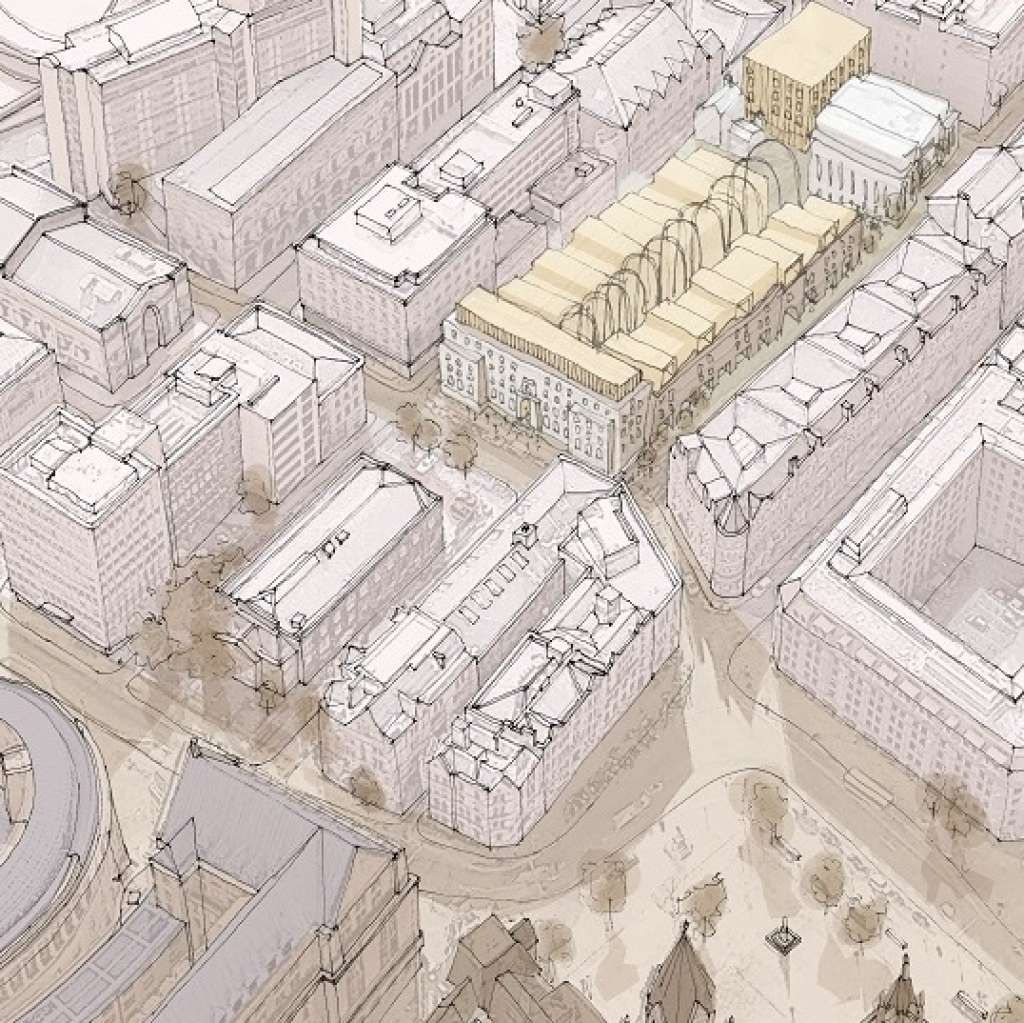 Developed in collaboration with Ian Chalk Architects, our alternative concept shows how the 1930s former police station headquarters and surrounding streets can be brought back to life and transformed with a conservation led approach.

By retaining the existing buildings and sensitively integrating new elements, this indicative scheme shows how the increased footfall, regeneration benefits and many of the new uses promised by the St Michael’s scheme can be achieved, but without the far reaching harmful impacts of a 40 storey tower on the surrounding historic buildings and conservation areas.

The concept
The former police station is retained and the inner courtyard is transformed into a covered shopping arcade with hotel and residential accommodation above – through sensitive conversion and a single storey roof extension.New openings are shown on Jackson's Row to indicate new retail provision, and the existing arches of the police station building are re-opened to provide new access routes to and through the building. The arcade opens out onto a new pubic square, shared by the Sir Ralph Abercromby pub and the Manchester Reform Synagogue. 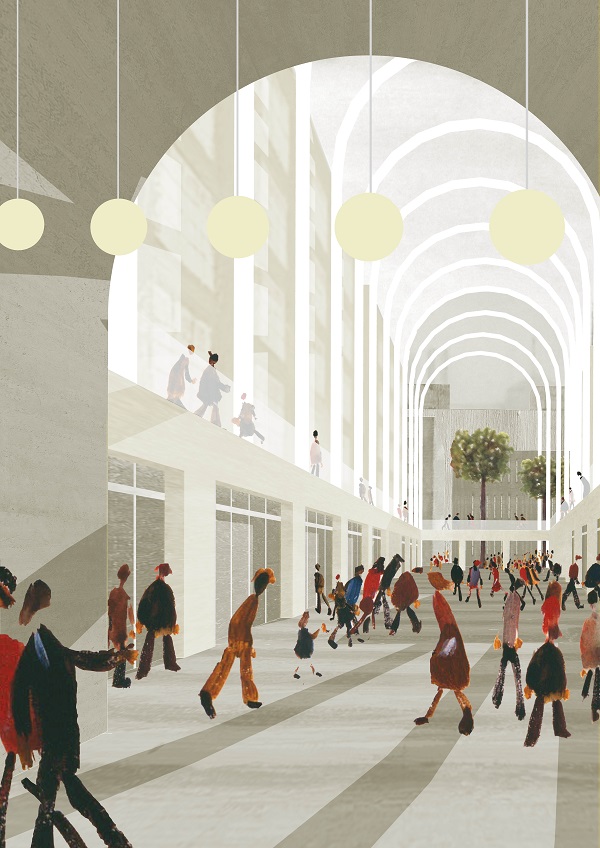 Jackson’s Row, lined with listed buildings, becomes a pedestrianised route with new street trees and links up with Deansgate and other open spaces in the vicinity. A new office building is proposed opposite the Synagogue on Bootle Street with car parking reprovided underground – helping to knit together the urban street at a human scale.

Henrietta Billings, Director of SAVE, said: “This concept clearly demonstrates that a conservation-led design really can preserve the special character of this part of Manchester, while also creating exciting new development that works within the historic context. In every way it represents a ‘gentle’ approach to regeneration which in our view has a better chance of long term sustainability by keeping options open for further similar developments as requirements for retail/office/residential accommodation change over time.”

Marcus Binney, Executive President of SAVE, said: “The detailed birds eye view produced by Ian Chalk shows just how much the 40-storey tower is at odds with the urban scale of surrounding city blocks.  Manchester's civic heart has until now been respected by both new and refurbished buildings creating a consistency and harmony which would be blown away by the new tower.”

Steve Speakman, Chair of the Manchester Civic Society, said: “Manchester Civic Society supports this initiative which will vitalise the street scenes of Bootle Street and Jackson’s Row by creating a new arcaded pedestrian link between the two, ripe for use by the large population of city centre workers. This concept has the added merit of retaining the whole of the Bootle Street Police Station, a building of historic, architectural and cultural merit.

Historic England did not support the proposal for a 40 storey tower on this site because it compromised the setting so many nearby glorious buildings.  We hope that this far lower rise alternative will find merit with Historic England as it provides an imaginative solution to development of a sensitive site.”

Catherine Croft, Director of the Twentieth Century Society, said: "The SAVE scheme shows a radically different approach to this fascinating area. It illustrates how a conservation led scheme can revitalise a key part of the city without the need to demolish important historic buildings and without blighting the setting of key listed buildings, including the library.”

Background
The St Michael’s development has drawn widespread criticism for the looming and overbearing impact of the 40-storey tower would have on the conservation area and Manchester town hall and the Albert Memorial. The planning permission is now subject to Judicial Review proceedings led by Steve Speakman, chairman of Manchester Civic Society.

The site is located in a conservation area next to the city’s most iconic landmarks – the town hall and the Albert Memorial, which are both grade I listed. A 40-storey hotel/residential tower and a bulky 10-storey office block are proposed within the Deansgate/Peter Street Conservation Area – distinctive for its 3-6 storey 19th century former warehouses and office chambers. The proposals, designed by Hodder and Partners, were approved by Manchester earlier this summer.

SAVE, the Victorian Society, Twentieth Century Society and Manchester Civic Society all objected strongly to the plans, along with over 5,000 people who signed a petition against the proposals.

Under the consented plans, the historic Manchester Reform Synagogue would be demolished, and the substantial 1930s police station would be part demolished. The Sir Ralph Abercromby, a well-known 19th century pub would remain on site, but its setting would be severely compromised. The proposals are being promoted by former Manchester United players Ryan Giggs and Gary Neville. Manchester City Council also has a land interest in the scheme.