Updated Statement from SAVE on the Futurist Cinema, Liverpool Lime Street 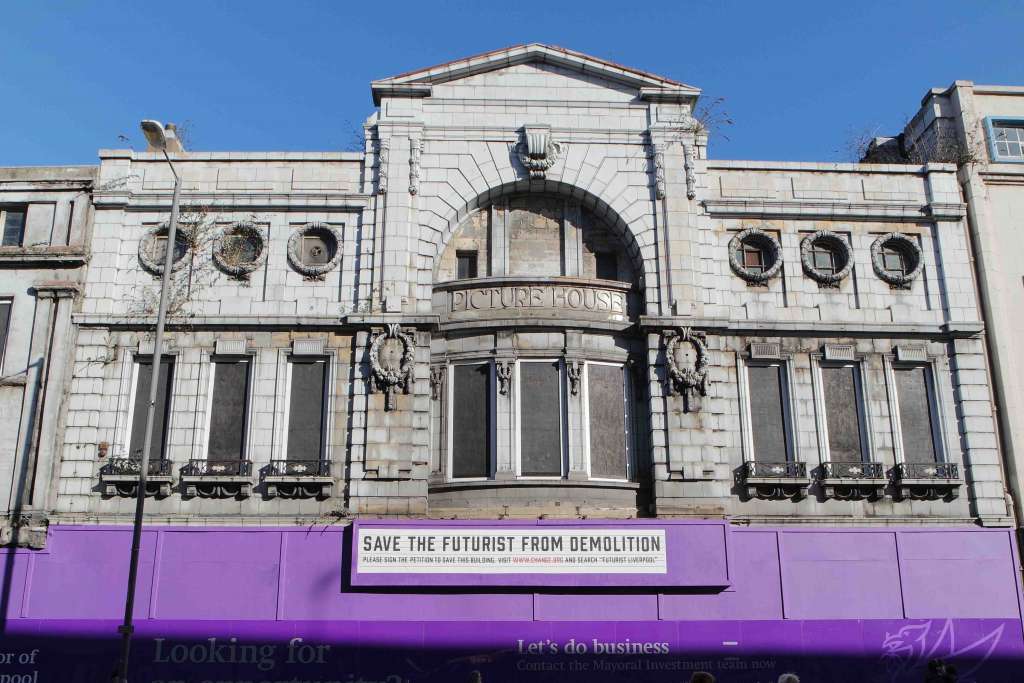 On Monday 16 May 2016, in the Court of Appeal, Lord Justice Lindblom heard an application by Liverpool City Council to vary an undertaking given to the Court which would result in the partial demolition of the façade using heavy plant. This new application would potentially leave only the ground floor standing with little prospect of the Futurist reconstruction if SAVE is successful in its wider appeal. Such action could also trigger the collapse of surrounding buildings.

Lord Justice Lindblom refused that application and recommended the approach of specialist conservation engineer Edward Morton, of The Morton Partnership be adopted without delay and further commented that 'the passage in the report to I refer [Edward Morton - 4.5-4.15] sets a cogent and convincing workable engineering approach to the problem at hand'. In his report Edward Morton sets out a scheme for stabilising the façade using scaffolding and any necessary manual deconstruction of unsafe elements. This method would also not require a complete road closure of Lime Street and in his view could be implemented in a short period.

Our professional advisers have worked hard to offer Liverpool City Council a deliverable option that conserves the building and does not require a complete road closure of Lime Street.

However the Council has not commissioned the works set out by Ed Morton in his report and has instead commissioned works by a demolition contractor - Tisdale Demolition Ltd; these works were not discussed at the hearing on Monday and are not acceptable because they do not mitigate against the risk of falling material and the potential impact on the fabric of adjoining buildings

Today we asked the Council to agree not to carry out the Tisdale demolition works but to instead commission the works proposed by Mr Morton.

However, the Council have refused. We have now reverted back to the Court of Appeal to find a swift solution.

In his report, Ed Morton also pointed out that the faience tiles on the façade of the building were not cladding applied to the masonry – as originally claimed by the Council – but in fact hollow blocks that provided much greater stability than cladding. During the inspection on 10th May, the Morton Partnership did not find any units which were loose or detached.