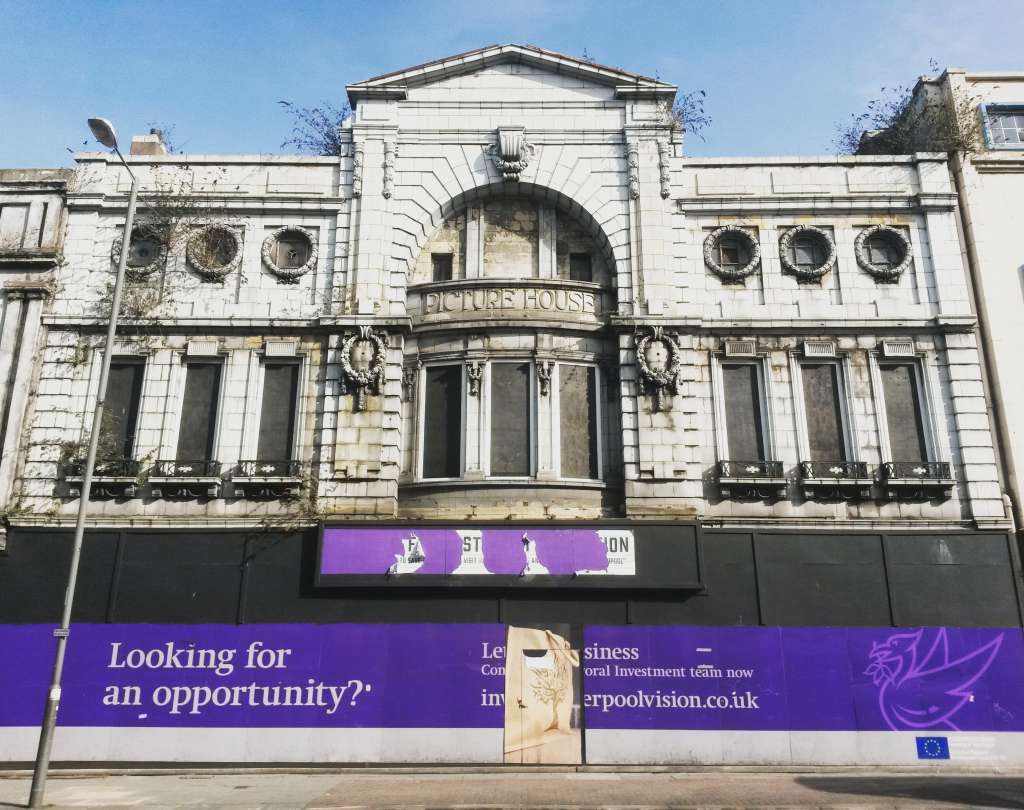 SAVE Britain’s Heritage is extremely concerned about the immediate future of the former Futurist Cinema in Lime Street, Liverpool, following a press release issued by the owners Liverpool City Council which states that urgent ‘deconstruction’ works at the building are required.

The press release, issued at 5pm on Friday 15 April, states that the Council has granted itself five days to carry out remedial works to stablise the structure, and ‘deconstruct’ unsafe areas. While of course precautionary stabilization works should be carried out if required, stabilization does not mean demolition.

Marcus Binney, President of SAVE Britain’s Heritage said: “We are very alarmed by what could be a repeat of the Firestone Factory – the notorious 1970s case of a historic art deco building on the outskirts of London that was demolished over a bank holiday weekend by its owners the day before it was due to be listed and protected.

“While it is right to take precautionary measures if necessary, this should be to hold the building up, not demolish it.”

Henrietta Billings, Director of SAVE Britain’s Heritage said: “It is particularly unfortunate that Liverpool City Council has granted itself permission to carry out the emergency works on a Friday evening, and the building inspector’s report that has informed the decision is not publiclly available. We want urgent assurances from Liverpool City Council that ahead of the forthcoming Court of Appeal hearing, they will stabilize this historic building.”

Ed Morton, structural engineer and historic building expert, said: "Having been involved with existing buildings in extremely poor condition and repair, for in excess of 25 years, it is my experience that often they are not as bad as initially can seem. I have seen too many cases where snap judgements are made and parts of buildings removed or demolished unnecessarily, and when often there are ways of temporarily supporting and retaining, and in a safe and controlled manner."

SAVE is challenging the recent planning permission for the demolition and redevelopment of the historic Futurist cinema and the terrace of 18th and 19th century buildings which it sits within. The Council's own structural survey that was submitted with the planning application just one year ago states that the facade of the building is in reasonable condition.

The Futurist Cinema is a much loved Liverpool landmark: it is the city’s first purpose built cinema and one of a diminishing number of pre-WWI movie theatres in the UK. It was constructed in 1912 by renowned theatre architects Chadwick and Watson. It has a highly decorative façade of faience tiles.

SAVE has appealed to the Court of Appeal seeking a judicial review of the case  and we are currently awaiting a date in court. No development works on the site in connection with the planning permission are permitted until the Court of Appeal case has been heard.

SAVE recognises the need to improve the area, but strongly condemns these plans to demolish rather than repair, and the deliberate neglect over many years of publicly owned heritage assets that should have been maintained under full repairing leases.

For more information please contact Henrietta Billings, Director at SAVE on 07946 946 929 or Henrietta.Billings@savebritainsheritage.org.uk

Despite being mostly in city council freehold, and despite the fact that the council has a repairing lease on the Futurist, this historic gateway street has been left under-repaired and decaying for over two decades. It has been claimed that it is beyond repair, but an engineering report carried out last February by independent civil and structural engineers Sutcliffe’s stated that the ‘external façade was found to be in reasonable condition'.

Ed Morton is  a Fellow of the Institution of Civil Engineers, an Engineer accredited in Conservation (CARE) as well as being on their panel, sits on the IHBC Technical Sub-committee, and has worked for in excess of 30 Local Planning Authorities (LPA’s) on conservation related projects.

SAVE Britain’s Heritage has been campaigning for historic buildings since its formation in 1975 by a group of architectural historians, writers, journalists and planners. It is a strong, independent voice in conservation, free to respond rapidly to emergencies and to speak out loud for the historic built environment.